At a Thursday panel of the Women Political Leaders Global Forum (WPL) annual global summit 2017 in Reykjavik, Iceland, some 15 representatives from Arab countries stood up and left the hall when MK Aliza Lavie (Yesh Atid) stood up to speak.

The mission statement of WPL sets the international group’s goal as increasing both the number and the influence of women in political leadership positions, stressing that “to accelerate, women need three things: communication, connection, community.” Also, as their pink-dominated website states: “WPL believes that progress happens by convening women political leaders who have the drive and the influence to create positive change.”


Just not when the Israelis are talking.

MK Lavie presented a law she had authored, compelling government ministries to submit a gender analysis of their budget to the Committee on the Status of Women in the Knesset, which should be a useful thing for male-dominated Arab societies. But, alas, the Arab representatives stood up and left the hall before the Israeli MK started to speak.

MK Lavie cracked a smile and said, “There’s no need to go out, it’ll only take two minutes.” Then she continued her speech undisturbed.

“I am sorry they boycotted my speech,” she said on Friday, adding, “We have so much to learn from each other.”

Earlier last week, MK Ayelet Nahmias-Verbin (Zionist camp) was interrupted during her speech by an Algerian MP during a panel on the integration of women in high-tech. The MP asked whether “Palestinian women” are also encouraged to be integrated into Israeli industry. MK Nahmias-Verbin responded that Israel is making great efforts to integrate Arab women into high-tech, and that the state appeals for regional and international cooperation in the field of innovation. 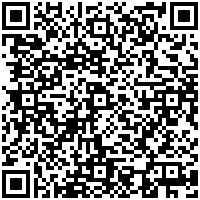