The six speakers accepted the invitation extended by Speaker of the Knesset MK Yuli Edelstein (Likud), and will attend the parliamentary seminar at the Knesset on Tuesday, which will include discussions of various subjects with Knesset Members from most of the parliamentary groups. Donatille Mukabalisa, Speaker of the Chamber of Deputies of Rwanda—one of the few parliaments with a female majority—will address a panel discussion on women’s empowerment and gender equality, along with the Chair of the Subcommittee on Combating Trafficking in Women and Prostitution, MK Aliza Lavie (Yesh Atid).


The Chair of the Foreign Affairs and Defense Committee, MK Avi Dichter (Likud), will discuss shared challenges in combating terrorism, and MK Ze’ev Binyamin Begin (Likud) will explain Israel’s anti-terrorism legislation and its significance. The Chair of the Special Committee for the Transparency and Accessibility of Government Information, MK Stav Shafir (Zionist Camp), and the Chair of the Immigration, Absorption, and Diaspora Affairs Committee, MK Avraham Neguise (Likud), will also share their parliamentary experience on relevant subjects with the guests.

Knesset Director General Albert Sakharovich will discuss making the Knesset accessible to people with disabilities, and will also speak about the sustainability project at the Knesset. Secretary General Yardena Meller-Horovitz will explain the legislative process and the work of the Knesset committees.

On the second day of the conference (Wednesday), the guests will visit a cyber firm and meet with MASHAV—Israel’s Agency for International Development Cooperation, to discuss advances in agriculture. On the third and final day, the guests will tour Jerusalem: Yad Vashem, the City of David, the Via Dolorosa and the Church of the Holy Sepulcher, the Western Wall, and the Western Wall Tunnels. They are also scheduled to meet with President Reuven Rivlin and Prime Minister Benjamin Netanyahu.

Over the past three years, the Knesset has greatly expanded its foreign affairs work under the directive of Speaker Edelstein, and memoranda of understanding have been signed with no fewer than 20 parliaments, including Rwanda, Uganda, Côte D’Ivoire, Ethiopia, and Kenya. The Knesset strives to strengthen its ties with as many parliaments as possible, forge partnerships in various fields, and increase Israel’s participation in various inter-parliamentary organizations. Recently, the Knesset established the International Affairs Division, which is responsible for these activities, and next week’s Seminar for Heads of Parliament is certainly the crowning achievement of the efforts to date.

Speaker Edelstein said he was excited ahead of “one of the largest and most significant conferences ever held at the Knesset,” adding that “the cooperation with countries in the African continent is of the highest importance from a diplomatic and economic standpoint, and all sides benefit from it. I am glad that countries from all over Africa chose to take part in this unique professional conference, which is aimed at strengthening the parliamentary aspect of Israel’s cooperation with these countries.” 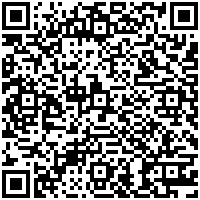