The State of Israel will transfer one million Astra Zenica corona vaccines to African countries in the next few weeks through the International COVAX Vaccine Distribution Mechanism, the foreign ministry announced Wednesday night.

COVAX is a global vaccine distribution mechanism centered in Geneva, for the procurement and equitable distribution of Corona vaccines.

The decision to donate the vaccines was reached Wednesday in a discussion involving the Prime Minister’s Office, the Ministry of Foreign Affairs and the Ministry of Health.

In recent months, the State of Israel has strengthened its relations with the countries of the African continent, including its return to observer status in the Organization for African Union.

“This significant donation of vaccines, which will reach close to a quarter of the continent’s countries, will contribute to strengthening ties between Israel and these countries,” the foreign ministry said.

“The State of Israel joins the international effort to vaccinate populations that do not have access to vaccines,” Foreign Minister Yair Lapid said in a statement Wednesday night.

“I am delighted that Israel can contribute and be a partner in eradicating the pandemic around the world. As long as Corona vaccines aren’t distributed across the entire world in order to defeat the pandemic, new Corona variants will develop in areas where vaccination rates are low.” 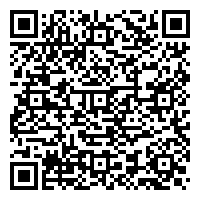