The Chabad Russian Community Center of Montreal, led by Rabbi and Rebbetzin Yisroel and Chana Sirota, has recently been the target of antisemitic attacks by a neighbor, who damaged the property and vowed to “get the Jews out of here.”

When Rabbi and Rebbetzin Yisroel and Chana Sirota immigrated to Canada from the former Soviet Union in 1972, they were grateful to finally have the freedom to practice religion openly without fear of dangerous consequences. Their families had been persecuted with their lives often threatened by the KGB, simply for wanting to keep their traditions alive.


Their shul, the “David and Eda Schottenstein Chabad Russian Community Center” in Montreal houses a full time Lubavitch boys Mesivta (which hosts boys from around the world), daily minyanim, Torah classes, programs for people of all ages, and is a home base for multiple food and clothing distributions.

In the last few years, the fear they once tried to put behind them has returned, with a vehemently anti-Semitic neighbor making his mission to “get the Jews out of here”.

“He has since vandalized our property, broken our surveillance system, threatening us despite numerous attempts on our end to resolve conflict peacefully (including allowing him to have the property and share it specifically for the purposes of building a sukkah on the sukkot holiday and allowing access to the building for maintenance and repairs). All requests were denied.

“This past Sukkos he destroyed our newly built Sukkah on the eve of the Holiday, depriving over 200 people from celebrating Sukkos for the first time in many years,” says Rabbi Yisroel Sirota.

Some Background
The shul has been using the land to build a sukkah since 1963. The land is crucial in effectively handling repairs needed within the shul building (i.e. roof access, building maintenance repairs etc.) Mohammed Farag, their neighbor, bought his house adjacent to the land in 2016.

The disputed land is currently not owned by anyone. It belonged to the estate of people who passed away in 1928 but can’t be traced to their descendants; therefore, it has become a “no man’s land”.

“We have a community of incredible volunteers who have been instrumental in helping with expenses, legal efforts, and the implementation of safety measures, but we still need your help,” says Rabbi Sirota.

The couple are raising funds to cover their legal fees and to hire security to help keep their community safe.

This article was first published by COLLive.com. 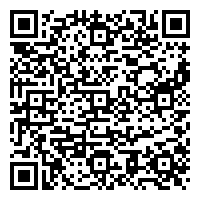