Once again North Korea has test-fired two new short-range ballistic missiles. The launch took place at 05:34 and 05:50 local time Saturday and was aimed towards the Sea of Japan, also known as the East Sea.

The latest test came shortly after US President Donald Trump announced he had received a “very beautiful letter” from North Korean leader Kim Jong Un. It took place in an area near the northeastern city of Hamhung, according to the South Korean Joint Chiefs of Staff, which said a solid-fuel rocket engine production facility is located at the site.


Kim said the “new weapon was developed to suit the terrain condition of our country, and as required by the Juche-oriented war methods, has superior tactical character which is different from the existing weapon systems,” according to the state-run Korean Central News Agency (KCNA).

The two missiles flew around 400 kilometers (approximately 250 miles) at an apogee of 48 kilometers, “at a maximum speed of 6.1 Mach or more,” according to the South Korean military. It is a similar distance to those fired last Tuesday.

Kim Jong Un was quoted by North Korean state media on Sunday as saying that scientists in the field of national defense science and workers in the munitions industry are “steadily consolidating the defense capability of the country while faithfully following the Party’s strategy for developing the defense industry.”

North Korea has been testing a variety of new short-range ballistic missiles since US President Donald Trump met with Kim on June 30 in an informal summit at the DMZ between North and South Korea. Two ballistic missiles were test-fired towards the Sea of Japan on July 25 from the DPRK’s eastern coastal city of Wonsan.

U.S. President Donald Trump has said that he is not worried about the ballistic missiles being tested by North Korea. This most recent missile test on Saturday was the fourth such launch since June.

Trump said Kim sent him “a small apology for testing the short range missiles, and that this testing would stop when the [US-South Korean military] exercises end.” He added that he looks forward to “seeing Kim Jong Un in the not too distant future!”

….also a small apology for testing the short range missiles, and that this testing would stop when the exercises end. I look forward to seeing Kim Jong Un in the not too distant future! A nuclear free North Korea will lead to one of the most successful countries in the world!

North Korea has been working together closely with Syria to “activate commercial, economic and cultural cooperation” in accordance with a Memorandum of Understanding signed between the two nations this past June. The two issued a statement underlining their coordination in facing “the economic terrorism and sanctions imposed by the US and its allies.”

North Korea’s Foreign Affairs Minister Ri Yong Ho also reportedly affirmed his country’s “firm support for Syria and its sovereignty and territorial integrity . . . and support for its positions on the occupied Syrian Golan,” according to NK News.

Bilateral economic and trade agreements in the fields of industry, banking, oil, aviation and tourism between North Korea and Syria date back to 2014.

North Korean missile technicians were spotted working at known Syria facilities for chemical weapons and missiles, according to the 200-page report, which was not released to the public.

In addition, North Korea supplied various prohibited equipment and materials to Syria as well, including ballistic missile parts and dual use materials.

For years Israeli leaders have watched the disposition of Syria’s chemical weapons, knowing they might land in the hands of the regime’s allied Iranian Revolutionary Guards Corps or Hezbollah guerrilla forces for use against the Jewish State. 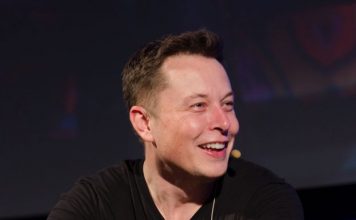 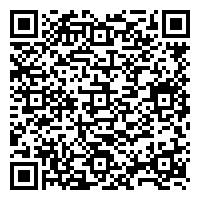