China sent four nuclear-capable bombers to fly near Taiwan on Saturday in a clear effort to intimidate the island’s government.

The move came one day after US Senator Marsha Blackburn (R-TN) met with Taiwan’s President Tsai Ing-wen in the capital city of Taipei.

“I just landed in Taiwan to send a message to Beijing – we will not be bullied,” she tweeted upon her arrival.

Delegations have also arrived from Japan and Lithuania; more are planned from the UK, Germany, Denmark, Canada and Australia.

Beijing has repeatedly warned that it will not tolerate visits by American lawmakers to Taiwan, over which it claims sovereignty and which it has threatened to annex by force.

In response to those visits, Beijing has targeted Taiwan with missile tests, maritime incursions, cyber attacks and blockades against the island’s shipping ports and aerial traffic.

China claims the foreign delegations are violating its “One China” policy and has threatened “resolute and forceful measures” in response. It seeks the end of Taiwan’s independence through the process of unification and has not ruled out the use of force in pursuit of this goal. However, Taiwan has not been ruled by mainland China since 1895 and today is a democratic entity while China continues to be ruled by a communist government.

Taiwan’s Foreign Minister Joseph Wu said the Chinese military exercises “will not stop Taiwan from seeking support internationally. . .We will not stop making friends just because of the Chinese threat to Taiwan.”

However, Taiwan’s friendship with other countries has come at a price. China held seven days of unprecedented land, naval and air force military drills around the island this month, with live-fire exercises using ballistic missiles that flew over Taiwan and landed in the waters claimed by Japan as its exclusive economic zones.

China’s contentions about Taiwan are similar to Russia’s claims about Ukraine, and China and Russia — both nuclear powers — are forming an alliance. Beijing has strengthen its ties with Russia and has avoided criticizing Moscow over its invasion of Ukraine.

Officials at the Pentagon and Air Force have warned that China is making rapid progress in building up its arsenal of nuclear weapons, Air Force Magazine reported this week.

The Pentagon has had to revise its estimates of how many nuclear warheads China will possess by the end of this decade. The country at present has an “increasingly large, modern and formidable force with a wide array of both nuclear and conventional weapons platforms,” according to a primer produced by the China Aerospace Studies Institute (CASI) at Air University.

To access the primer, which describes the trends in China’s military air, space and missile forces, click here.

China has created a “nuclear triad,” adding nuclear capability to its submarine force and air force as well as the existing rocket force, with a corresponding increase in the number of nuclear warheads, CASI director Dr. Brendan S. Mulvaney told Air Force Magazine.

“It is very telling that they’re spending that much time and effort in the nuclear forces and diversifying, right? That’s the part that really makes people – or should make people – pay some attention to that,” Mulvaney told the news outlet. 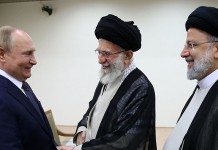 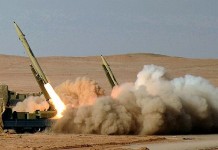