Elie Rosen, the President of the Jewish Community of Graz, Austria, was attacked by an unknown man wielding a wooden bat in front of the Jewish community hall on Saturday night, a spokesman for the local police told Der Standard.

According to the spokeswoman for the Jewish community, Rosen was about to drive into the grounds of the Jewish community center with his car when he was attacked. Rosen and an escort became aware of a man with a baseball cap rising a bike who was obviously stalking them. His stature and appearance were very similar to the man who had been spotted by the center’s surveillance cameras on Wednesday and Friday of last week, when he was vandalizing the Graz synagogue.

The Graz police announced that a search for the unknown perpetrator had been initiated and a police detail posted to protect the synagogue property.

Der Standard noted that the perpetrator must have felt quite safe, since this was his thirst visit in less than a week to David Herzog Platz in Graz, to attack the synagogue.

“The first two times he came in the night, today in the middle of the afternoon, in broad daylight,” police spokesman Fritz Grundnig told the newspaper.

When asked by Der Standard why the Jewish center building is no longer guarded by police, as had been the case until only a few years and since its renovation some 20 years ago, and why no police had been posted following last week’s attacks, Grundnig explained: “There hasn’t been anything like this for many years. But it has just been ordered.”

She explained that “a red line has now been crossed because it was against people.”

Will Elie Rosen now gets personal protection? “The offer is standing,” said the police spokeswoman.

Der Standard noted that local residents spontaneously gathered for a vigil in front of the synagogue on Saturday evening, including the former member of the state parliament from the Green party Edith Zitz and Tristan Ammerer, and later a delegation from the Islamic cultural center.

Rosen was elected Vice-President of the Federal Association of Israelite Religious Communities in Austria in November 2012, and was entrusted in 2016 by the Vienna Jewish Community as chargé d’affaires with the management of the Graz Jewish community for the federal states of Styria, Carinthia and southern Burgenland, which he now also presides over as President.

In October 2019, Rosen ran a campaign to exhume the remains of photographer Dora Kallmus, a.k.a. Madame d’Ora from Frohnleiten, Styria, and transfer her to the Jewish cemetery in Graz, where she was reburied in a grave of honor on the same day. 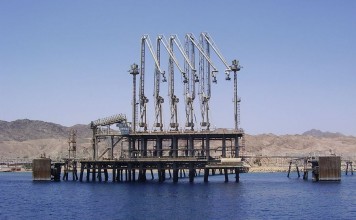 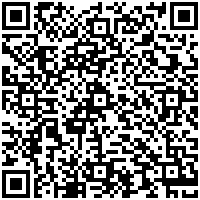