On September 18, the Azerbaijani embassy in France was attacked by Armenian radicals who hurled eggs at the building. According to the embassy’s media attaché Gunel Zulfugarova, a group of 40-50 people attacked the embassy and tried to break through the iron barriers in the front and the door.

According to Article 22 of the 1961 Vienna Convention on Diplomatic Relations, the receiving state has a unique obligation to take all necessary precautions to preserve a foreign mission’s property from intrusion and damage, as well as to guard against disturbances to the peace and the mission’s dignity.


But French police not only failed to protect the embassy of the Republic of Azerbaijan but did not intervene at all when violence occurred.

A similar attack was carried out earlier by Lebanese Armenians against the Azerbaijani embassy in Beirut. There was also an attempted attack in the Republic of Georgia, but police intervened and thwarted it in time.

Azerbaijani journalist Elnur Enveroglu said, “This is an example of the negligence of the police in France. This gives a bad example for other countries, that have a lukewarm relationship with Azerbaijan. When countries like France and Greece support the Armenian position so strongly, this empowers Armenian individuals to act unlawfully against Azerbaijani diplomats. They can’t do it in England, in Turkey, or in Israel, where the government has strong relations with Azerbaijan.” 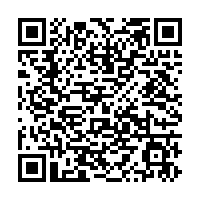