The nation of France made history on Tuesday evening, with its government approving a resolution that stated anti-Zionism is a modern form of anti-Semitism.

The vote by the French National Assembly came after a motion to “endorse the working definition of anti-Semitism used by the International Holocaust Remembrance Alliance as a useful guidance instrument for education and training in order to support judicial and law enforcement authorities in their efforts to detect and prosecute anti-Semitic attacks more efficiently and effectively,” according to the NGO Monitor watchdog organization.


To see the resolution in its entirety, click here.

It followed France’s official endorsement of the IHRA working definition of antisemitism. During the Representative Council of French Jewish Institutions (CRIF) annual dinner this past February (2019), President Emmanuel Macron had already declared that “anti-Zionism is a modern form of anti-Semitism.”

French Parliamentarian Meyer Habib, a member of the Union of Democrats and Independents, delivered a poignant speech prior to the vote in which he reiterated the visceral connection between the Jewish People and the Land of Israel. He also explained why passage of the resolution was so important, and not just to those who are Jewish.

“French policy in the fight against anti-Semitism is a failure. There are outbreaks of anti-Semitic attacks. Twelve French people have been murdered for being Jews since 2003. Half of France’s racist acts have been committed against Jews, even though they account for less than one percent of the population. Faced with this urgent [problem], there have been a lot of speeches, but few acts,” Habib pointed out.

“There is compassion, yes, but mainly lack of political courage. Evidence of this, the delay and inconvenience surrounding this law, which had to be passed unanimously, as in Germany or the United Kingdom.

“Despite the President’s pledge, the text of the law was rewritten and repeated today in a softened version. Why? Because of a definition comparing the denial of Israel’s right to exist to anti-Semitism.

“My dear colleagues, I will try to prove it, hatred of Israel is the new anti-Semitism. And it’s just another version of the hatred of France, the Republic and its values.

“Anti-Zionism has never been about criticizing Israeli policy. It is an obsessive demonization, the misuse of anti-racist and anti-colonial rhetoric for the purpose of depriving Jews of any national identity.

“I worry about the Jews, but I’m mostly worried for France. It is an implicit sign: This demonization of the Jew and Israel has today become the hallmark of anyone who despises the system. Do I need to remind you of the yellow vests slogans? Macron = Rothschild = Zion, “Dirty Zionists,” “Go Back to Tel Aviv,” “Dirty Race.”

“Wake up,” he urged his fellow lawmakers. “Since Dreyfus, the fight against anti-Semitism has overlapped with the fight for the Republic.

“That’s why the fight against anti-Zionism is not only a matter of interest to the Jews. It touches on the values of the entire Republic, to put anti-Zionism into the penal code — today, there is a lack of political courage for that.

“However, this vote today is, I hope, a small step towards the future, towards hope.”

“Whatever your vote is, it will be a signal of what is to come,” Habib said.

Clearly, the lawmakers of France got the message. 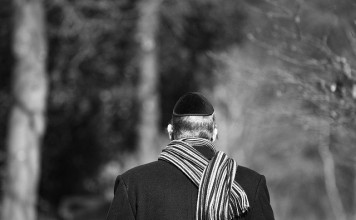 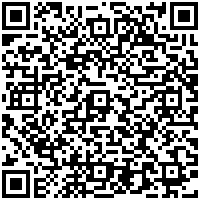