European Jewish leader Rabbi Menachem Margolin slammed a Munich auction house for selling what he called “disgusting” Nazi memorabilia in an auction that he said “defies logic, decency and humanity.”

Less than a month since the head of Germany’s domestic security agency warned that Jews in Germany are facing increasing levels of anti-Semitism, Munich auction house Hermann Historica came under fire again, for selling Nazi items, this time including various speaking notes from Adolf Hitler.


Rabbi Margolin, who heads the European Jewish Association (EJA), said he “couldn’t get his head around the sheer irresponsibility and insensitivity” of selling such items to the highest bidder.

This is not the first time the auction house has come under fire for selling such memorabilia: the establishment came under withering criticism in November 2019 for a similar auction, whose lots ended up being bought by a Lebanese businessman, Abdallah Chatila, who then donated them to Yad Vashem to do with as the center saw fit.

Following the fallout of the last auction, the EJA has been pushing European lawmakers to ban the sale of Nazi memorabilia as part of an overall plan to tackle anti-Semitism across the continent.

“The head of the domestic security agency in Germany sounded the alarm less than a month ago about the alarming rise of anti-Semitism in Germany, we have had a gun attack at a synagogue in Hamburg and the far right are on the march,” Rabbi Margon said in a statement.

“It defies logic, decency and humanity for the very same auction house that came under fire less than a year ago for selling disgusting lots of Nazi memorabilia that they should do so again.

“I cannot get my head around the sheer irresponsibility and insensitivity, in such a febrile climate, of selling items such as the ramblings of the world’s biggest killer of Jews to the highest bidder. What auctions like this do is help legitimize Hitler enthusiasts who thrive on this sort of stuff.

“Last year a miracle in the form of Mr Abdallah Chatila stepped in. But we cannot rely on miracles going forward. We understand that COVID-19 is rightly occupying the thoughts of governments and parliaments, but we cannot allow the virus of anti-Semitism to grow unchecked.

“This auction must be stopped and we urge the government to step in. We also ask our supporters not to engage or participate in any way with this unethical auction. The message must be sent that the further development of this ‘market’ is taboo and beyond the norms of acceptability.” 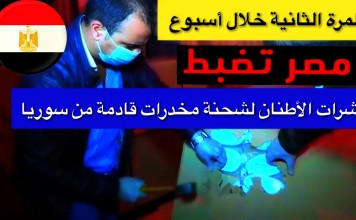