Home InDepth Op-Eds A Number is Worth 1000 Words
Share on Facebook
Tweet on Twitter
Photo Credit: Joyce N. Boghosian/The White House
Much has been made of the tectonic shift driving apart the Jews of Israel and America. If one were looking to encapsulate that mindset split in one salient fact, it might be this:
Recent polls show that 63% of Israelis favor Donald Trump over Joe Biden, while 70% of American Jews plan to vote for Biden.
These are diametric landslide percentages. They bespeak a broad consensus in each locale, and each such consensus itself reflects a respective larger worldview.
Basically, the difference is not too hard to identify. Israelis are results-oriented, and they focus on the unprecedented steps Trump and his administration have taken on Israel’s behalf.
Each of recognizing Jerusalem as Israel’s capital, moving the US Embassy to Jerusalem, recognizing Israeli sovereignty over the Golan, and brokering a normalization agreement among Israel, the UAE and Bahrain would stand as breathtaking achievements. The confluence of all of them has generated great appreciation and gratitude.
Of course, there is more, and this concerns the larger geo-political picture. Trump has not only pulled out of the “Iran Deal,” but is using all levers available to weaken the mullahs. The recent normalization deal removes the perennial Palestinian veto over progress between Israel and the Arab nations, and this represents a seismic break from past American policy.
Israelis either cannot adequately assess, or more likely don’t care about Trump’s personality. The soft attributes as to whether and how seriously he condemns white supremacy are not issues that resonate here.
Nor is immigration. Actually, that is not quite true, as Israelis are very much not interested in having their country overrun with illegal migrants. So the focus on illegal immigration is an issue that, if they were paying attention to it, Israelis would probably applaud Trump.
Lastly, Trump’s emphasis on confronting China resonates in Israel as China is increasingly showing itself to be the patron saint of Iran.
In the United States, two important realities differentiate the Jewish community from their Israeli brethren. Sadly, Israel ranks quite low as a priority, and is certainly not a litmus test issue for the vast majority of American Jews. This means that the achievements of Trump in Israel are either ignored, or worse, perceived as pandering.
Related to this, and probably even of greater significance, is that the majority of American Jews equate their Jewishness with Progressivism, or at least with the pursuit of social justice. There is, for example, an active effort to see the essence of Judaism in issues associated with Black Lives Matter: the pursuit of justice, fairness and equity.
This identification is maintained even though Jews know that many of their fellow Progressive travelers are avowedly anti-Zionist, and even plain anti-Semitic.
As far as Trump goes, he has always been disdained by Jews for his perceived sins of boorishness, narcissism and defense of issues like immigration control and rally around the flag patriotism that these Jews recoil from.
Jews have been in the vanguard of opposing Trump. Witness, for example, the starring Jewish role in the theatrical production that was the Trump impeachment process.
In fact, American Jews seem to pay little attention to Trump’s accomplishments and much of his policies; instead their focus is on optics, such as Trump’s supposed embrace of white supremacy. He looms as a threat to a democracy, though the articulation of that threat is rather hard to come by.
This knee jerk, all encompassing hatred of Trump, and the simultaneous deification of all things Obama, have put the interests and priorities of American Jews in direct opposition to those of Israelis. This is most evident in looking at the foreign policies of Trump vs Obama/Biden.
The embrace by Obama and the promised re-embrace of Iran by Biden is a major red flag to Israelis. Israelis well remember the planeload of cash as well as the other hundreds of billions released to Iran, much of which financed their aggressive drive for hegemony in the Middle East.
Few Israelis want to see a return to that kind of status quo ante, and the fact that it is a clearly articulated policy of Biden’s induces a sense of disbelief and fear among Israelis.
My fear is that if Biden is elected, and makes good on his neo-reactionary stance in the Middle East, ie., the re-embrace of Iran, the Shiites and the Muslim Brotherhood, it will create intense resentment among Israelis for Americans, who will be perceived as cheerleaders, if not abettors, of these policies.
It is one thing to have different priorities. But to cleave to priorities that put one community in active opposition to the welfare of the other, this might be seen as betrayal.
Ironically, such a reaction by Israelis might result in a hastening of the American Jewish embrace of Progressivism as a substitute for traditional Jewish priorities (such as “every Jew is responsible for every other Jew”); even worse, the association of those traditional priorities with chauvinism and privilege.
Meanwhile Israelis see the stance of American Jews and wonder where is the Jew there? Where is our brother who identifies and cares about us? Among many Israelis, there is already and, in all likelihood, there will be a greater sense of their abandonment by American Jews, particularly as Israelis refuse to embrace the amorphous universalism that so many American Jews profess.
In an election that has seen unprecedented divisiveness, one of the lasting and truly lamentable dislocations might be the mutual disaffection, and God forbid, hostility between Israeli and American Jews.
Bridging that yawning gap is going to take a lot more than whoever happens to be the US President.
Advertisement 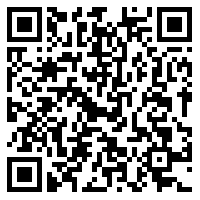