The Jewish community of Berlin has organized a “Kippah Protest” for this Wednesday to express its outrage over an anti-Semitic attack on a young man who was whipped in the street with a belt last week by a young Syrian asylum seeker who cursed him for being a Jew.

The victim, 21-year-old Adam Armoush is an Israeli Arab who was deliberately wearing a yarmulka in order to prove to a friend that Germany is no longer anti-Semitic. They were walking in the trendy Prenzlauer Berg neighborhood at the time. But instead Armoush was viciously attacked and beaten while his assailant repeated the word “Yahudi,” the Arabic word for ‘Jew’. Armoush, a Haifa resident, filmed part of the attack and posted it online.

The video, shared widely by the Berlin-based Jewish Forum for Democracy and Against Antisemitism, went viral.

The 19-year-old Syrian citizen of ‘Palestinian ancestry’ – identified as “Knaan S.” – eventually turned himself into State Police authorities with his attorney on Thursday.

Wednesday’s demonstration is set to take place in the evening in front of the Jewish community center on the former “west Berlin” side. Participants are to include representatives from a broad range of interfaith, political, academic and other pro-Israel organizations.

A similar demonstration is also planned to take place in the morning in Erfurt, the capital of the former “east German” state of Thuringia at the New Synagogue in the city center. It is being organized by the ACHAVA Festspiele Thuringen cultural organization.

“If you can’t make it to Erfurt, then wear a kippa wherever you happen to be at that time,” the announcement said.

Betina Thorball to BDS: Herbalists Have a Right to Professional Neutrality 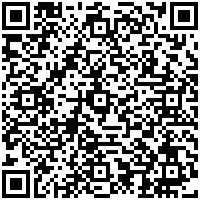