“It wasn’t the wooden door that saved us, it was God,” Max Privorozki, the head of the small Jewish community in Halle, Germany, told me as he opened the door still bearing the scars of the attempted massacre of Jewish worshippers by a neo-Nazi on Yom Kippur nine months ago.


Privorozki confirmed that the suspect, identified as Stephan Balliet, could have easily entered the prayer house in another way after failing to breach the door. But instead he turned his weapon on a woman across the street and then killed a man at a nearby shop.
Balliet’s trial begins this week. He is being charged with two counts of homicide, the attempted murder of 68 people and racial incitement. The proceedings will be held under heavy security.

Balliet tried to break out of prison several weeks ago.

Privorozki, like many of those who were at the service that day, won’t be in the courtroom, unless he is called to take the stand. “I have a lot of other things to do,” he said. “We have a visit from a non-Jewish school that day, so this is more important I believe.”

Privorozki, who immigrated to Germany with his parents some 30 years ago, is critical of the German establishment.

“Before the attack, we got protective services from the police only as a function of the local authorities’ threat assessments, so if they had no information on a likely attack, there was no security, even when we approached them before the High Holy Days and told them there would be a high concentration of members in the synagogue,” he lamented, adding that ironically now the place has 24/7 protection but no services take place because of the COVID-19 pandemic.

Privorozki further noted that it was unlikely that the perpetrator had no accomplices.

“He did not prepare this on his own. It is impossible that he had the resources to fund this operation on his own without someone else being in the know, and I don’t think that his parents were oblivious to his actions. Maybe they just chose not to know. I hope the lawyer manages to get answers for all these questions during the trial,” he said.

The Jewish community in the small German city comprises some 530 people, most of whom are from the former Soviet Union and over 60 years old. The younger Jews have left to other cities. Halle, like many cities that were part of East Germany, doesn’t offer a lot of job opportunities.

Among the dozens who were in the synagogue during the attack were 20 American Jews affiliated with Hillel International who had arrived at the city to help the local Jewish population.

The head of the group, 31-year-old Valentin Lutset, was born in Poland to members of the Red Army. He arrived in Germany in 2005 and has lived in Berlin for the past nine years. He won’t attend the trial either.

“I used to be an optimist when it comes to the future of Jewish life in Germany,” he said. “But since the attack, I feel fear from the radical right all over, even when it’s just a car screeching to a halt, and I get anxiety.”

Lutset concluded that “Jews should no longer stay here” even though he would like to continue and fight for Jewish life in Germany.

“The situation will only get worse in the coming years, I don’t think the trial will change a thing, it is going to be a show trial for the public and the media. The public created the conditions that got Balliet to do what he did. His anti-Semitism is a feature shared by the public as a whole, and it has spread to many people.” 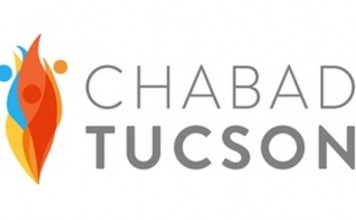