In September 1944, Bandera was released from a VIP camp by the German authorities, and collaboration between his OUN expeditionary groups and Nazi Germany continued until the end of the war, in sabotage operations against the advancing Red Army. With German consent, Bandera set up headquarters in Berlin.

Bandera died in 1959, and in January 2010, the outgoing President of Ukraine, Viktor Yushchenko, awarded him the posthumous title of Hero of Ukraine.

Bandera’s plan for an independent Ukraine under the Nazis, titled “Directives for organizing the life of the state during the first days,” proposed that “ethnic Russians, Poles, and Jews that are hostile to us are to be destroyed in the struggle, particularly those opposing the regime, by means of: deporting them to their own lands, eradicating their intelligentsia, which is not to be admitted to any governmental positions, and overall preventing any creation of this intelligentsia (e.g. access to education etc). […] Jews are to be isolated, removed from governmental positions in order to prevent sabotage. […] Those who are deemed necessary may only work under strict supervision and removed from their positions for slightest misconduct. […] Jewish assimilation is not possible.”

“As we approach the anniversary of the Babi Yar massacre when Nazis executed tens of thousands of Kiev Jews in September 1941, we would like to address the issue of rehabilitation of Nazi collaborators and falsification of history. Unfortunately, we are witnessing regular attempts to misconstrue historical events in Ukraine,” the foreign ministry stressed. “The director of the so-called Ukrainian Institute of National Remembrance used to work especially actively in this area and produced fabricated historical fakes en masse, particularly vindicating members of the Ukrainian Insurgent Army, painting them as freedom fighters. ”

The governor of Russian-occupied Crimea, Sergei Aksyonov, on Thursday issued a condemnation of the Kiev march, saying: “Nazis’ torchlight processions have once again been held in Ukraine. This is another slap in the face of millions of people, another insult to the memories of millions of victims of Nazism. If the neighboring country, as its leaders say, is moving towards Europe, that is Europe, or, rather, Germany of the 1930s.” 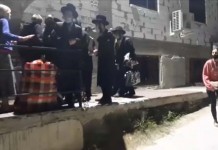 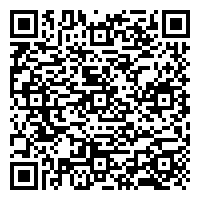