The Israeli embassy in Kiev, Ukraine, on Saturday condemned a torchlight march of Ukrainian nationalists who celebrated the birthday of Nazi collaborator Stepan Bandera.

“Israel condemns the nationalist march in honor of Stepan Bandera. Any attempt to glorify those who supported Nazi ideology defiles the memory of Holocaust victims in Ukraine. We are demanding a thorough investigation of the antisemitic manifestations that took place during the march in accordance with the law adopted in Ukraine in 2021,” the Embassy said in a stern statement.

Hundreds of Ukrainian nationalists held a torchlight march in the capital of Kyiv to mark the birthday of Stepan Bandera, the leader of a rebel militia that fought alongside Nazi soldiers in World War II. https://t.co/q3djr4UTw4

The march drew special attention in light of the threat of a Russian invasion. Andriy Tarasenko, leader of the nationalist party Right Sector, said, “Today, when there is a war with the occupier at the front, and the struggle against the ‘fifth column’ continues in the rear, we remember and honor the memory of Stepan Bandera.”

Bandera, the leader and ideologist of the Ukrainian Nationalists, welcomed Nazi Germany’s 1941 invasion of the Soviet Union, and prepared the Proclamation of Ukrainian Statehood, pledging loyalty to Adolf Hitler. The Germans were not amused and Bandera was arrested by the Gestapo, to be interned eventually in the Sachsenhausen concentration camp. But in 1944, when Germany was retreating before the Allied armies, Bandera was released to help fight the advancing Red Army forces.

Bandera hated Jews and saw them as part of the Soviet establishment. His party declared in the spring of 1941, ahead of the Nazi invasion: “The Jews in the USSR constitute the most faithful support of the ruling Bolshevik regime and the vanguard of Muscovite imperialism in Ukraine. The Muscovite-Bolshevik government exploits the anti-Jewish sentiments of the Ukrainian masses to divert their attention from the true cause of their misfortune and to channel them in a time of frustration into pogroms on Jews. The OUN (Organization of Ukrainian Nationalists) combats the Jews as the prop of the Muscovite-Bolshevik regime and simultaneously it renders the masses conscious of the fact that the principal foe is Moscow.”

His declaration of independence following the invasion included “Directives for organizing the life of the state during the first days,” which stated: Moskali (ethnic Russians), Poles, and Jews that are hostile to us are to be destroyed in struggle, particularly those opposing the regime, by means of deporting them to their own lands… Jews are to be isolated, removed from governmental positions in order to prevent sabotage… Those who are deemed necessary may only work under strict supervision and be removed from their positions for the slightest misconduct… Jewish assimilation is not possible.”

There were several torchlight marches in Ukraine on Saturday to mark Bandera’s birthday. In Kiev, the nationalists marched on the main streets and passed very close to the office of President Vladimir Zelensky. Ukrainian police estimated that 3,500 people participated in the torchlight marches altogether. 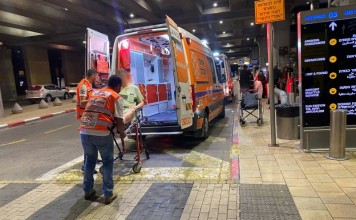 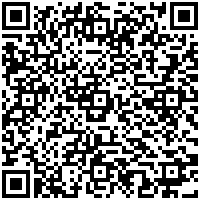