Israeli President Isaac Herzog, the Vice Chairmen of Keren Kayemeth LeIsrael-Jewish National Fund (KKL-JNF) Hernan Felman and Robert Taviev and the leaders of the Jewish communities around the world, have announced the establishment of KKL-JNF Ukraine at a special event in Kiev.

Also present for the announcement were the Chairman of the Zionist Organization and the acting chairman of the Jewish Agency, Yaakov Hagoel, and leaders from Jewish communities from around the world.


KKL-JNF, as the largest green organization in Israel, has over the years accumulated considerable experience in long-term forest planning to create long-lasting forests.

Ukraine President Volodymyr Zelensky signed a decree this year significantly increasing forested areas in the country by 2030 and planting a billion trees by 2024. Ukraine’s Minister of the Environment and Natural Resources, Roman Abramovsky, recently contacted Hagoel to discuss cooperation between the Ukrainian government and KKL-JNF to help implement the President’s order.

KKL-JNF Ukraine will join many offices around the world to strengthen the connection between the Jews of Ukraine and the State of Israel, as well as assist the Ukrainian government with technology and guidance for establishing forests.

At a separate ceremony held at the Babi Yar Memorial Site, KKL-JNF commemorated a memorial boulevard and, in cooperation with the Ukrainian government, planted 80 trees to mark the 80th anniversary of the horrific massacre.

“This is a unique closing of the circle,” Herzog said at the Opening Ceremony of KKL-JNF Ukraine.

“After all, the Odessa Committee began to purchase land in Israel before the establishment of the state. In Odessa, the seeds of KKL-JNF, the seeds of Zionism, were sown.

Hernan Felman, Vice-Chairman of KKL-JNF at Opening Ceremony of KKL-JNF Ukraine, added his congratulations, noting that the Ukraine office of KKL-JNF is being rejuvenated “after about 100 years.”

Even after so many years, said Felman, “The Jews of Ukraine have not forgotten their Jewish identity and they remember the Land of Israel. Equally important is that the State of Israel remembers them and cherishes their work. Today, the Jewish community in Ukraine is large, vibrant and important. I have no doubt that the opening of the KKL-JNF Office in Ukraine will only strengthen it and the relations between the two countries.”

KKL- JNF recently responded to a request from the Ukrainian government for cooperation, knowledge transfer, and technology for the establishment of forests and the planting of billions of trees throughout Ukraine, as part of a government program to address the climate crisis, he said.

“This is a historic moment, symbolizing the success of the Zionist dream and the friendship that exists between the countries.” 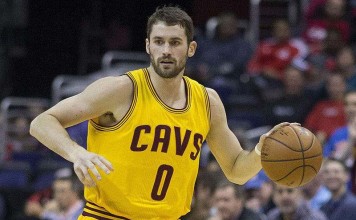