Russia has stopped using Iranian-made kamikaze drones to attack Ukraine, because the UAVs don’t work in cold weather, according to a Ukrainian military official who spoke with Ukraine’s UNIAN news agency.

The Iranian Shahed-136 drones were used by Russia to knock out the lion’s share of Ukraine’s power grid and other critical infrastructure.

However, the UAVs have not been used in Ukraine since the country’s first snowfall of the year, on November 17, the news outlet said.

The Iranian drones are made of plastic and other materials that are vulnerable to frost, according to Yevgeny Silkin, a spokesperson for the Joint Forces Command for Strategic Communications of the Armed Forces of Ukraine.

In general, winter conditions in Ukraine are expected to slow the pace of the war, according to US National Intelligence Director Avril Haines, who said this weekend there is already a “reduced tempo” in the conflict. Still, Ukrainians are having to learn how to keep themselves warm and clean despite the lack of water and electricity.

Hundreds of thousands of Ukrainians were once again left without water and power last Monday following a Russian missile barrage, and similar conditions were reported in other cities around the country, including Odessa. 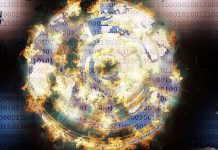 Not Only Missiles: Russia Ramps Up the Cyber War Against Ukraine 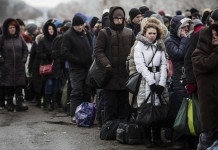