A Michigan man has been charged with two counts of ethnic initimidation following an antisemitic hate attack aimed at children, adults and security personnel outside a Jewish synagogue and preschool this past Friday.

Hassan Yehia Chokr, 35, was arrested after cursing and threatening families as they dropped off children for school outside Temple Beth El in Bloomfield Township.

The synagogue’s Rabbi Mark Miller told the Detroit Free Press that Chokr “was hostile and verbally abusive, shouting profanity about ‘F Israel’ and ‘F the Jews’ and threatening people, yelling at them that if they support Israel, they will pay or he will get them.”

The attacker was taken into custody on Saturday morning, according to the Oakland County Prosecutor’s Office.

“Antisemitic and racist threats or ethnic intimidation of any kind, will not be tolerated in our community, and every such incident will be investigated and prosecuted to the fullest extent of the law,” Oakland County Prosecutor Karen McDonald said Sunday in a statement.

Antisemitism and racism have no place in our country.

We stand with the Jewish Community in condemning this incident and speaking out against antisemitism everywhere. pic.twitter.com/peMy35IOB2

Chokr remains in custody pending arraignment on the charges.

“We stand with the Jewish Community in condemning this incident and speaking out against antisemitism everywhere,” McDonald wrote in a tweet.

How Little Must One Know to Be Fired from a Reform Temple? 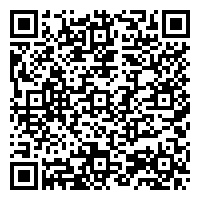