Thousands of Israelis are ignoring stark warnings from US, Israeli and Ukrainian officials not to fly this year to Uman to pray and celebrate Rosh Hashana at the tomb of Rabbi Nachman of Breslov, founder of the Breslov Hasidic group.

Tens of thousands flock to the site each year from around the world for the Jewish High Holy Days – including thousands of Israelis.

The holiday begins this coming Sunday at sundown (Sept. 25) and lasts until Tuesday night.

More than 2,000 Israelis are already in Uman, according to Al-Monitor.

Officials expect between 10,000 to 30,000 Jews to arrive in the Ukrainian city, ignoring the clear danger presented by Russia’s continuing attacks.

“This is a place we cannot abandon,” Haim Weizhandler, a resident of Beitar Illit, told Israel’s KAN News public broadcaster in Uman. “Coronavirus or no, war or no, there is not even a thought not to come.”

“The US Embassy in Jerusalem is repeating this important message from the US Embassy in Kyiv for your information and preparedness,” US embassy officials wrote in a clearly exasperated notice.

“We strongly support Embassy Kyiv’s warning against travel to Ukraine for any purpose.”

The State Department’s current travel advisory for Ukraine is Level 4 – Do Not Travel – the notice said. “The Department of State continues to advise that US citizens not travel to Ukraine due to active armed conflict.”

The Ukrainian Embassy in Israel likewise warned against the pilgrimage in a tweet on Sept. 6 saying, “When the echoes of the Russian enemy explosions on Ukraine don’t stop, we must take care of ourselves. Please, avoid coming to Uman on Rosh Hashana and pray that peace will return to Ukraine and the blessed pilgrimage will be renewed.”

The warning was posted both in Hebrew and in English.

Russian Deputy Foreign Minister Mikhail Bogdanov issued a similar warning in a meeting earlier this month with Israel’s Ambassador to Moscow, Alexander Ben Zvi, saying Russia cannot guarantee the safety of Jews visiting Uman, but blaming Kyiv for the potential danger. The Russian official said Israel needs to prevent its citizens from traveling to Uman for the new year celebrations.

The Israeli Foreign Ministry also issued an official warning at the start of the month, saying, “The explosive security situation includes the danger of bombing from the air or firing rockets at civilian areas, including in the center and west of the country, which pose a real and immediate danger to life.” Israelis who were already there were warned to leave immediately.

But despite the myriad warnings, thousands of Jews are on their way to Uman.

The travelers are taking chartered flights to cities near the Ukraine border since direct flights are no longer available, and then busing into the country. 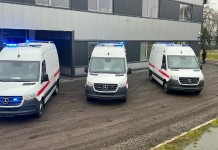 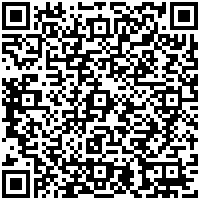