Ukrainian ambassador to Israel Yevgen Korniychuk on Saturday night told the Israeli Russian language news website Detaly that his country would retaliate for the limits on Ukrainian refugee entries set by Israel by curbing the number of Israelis it would permit to visit Uman on Rosh Hashanah.

According to a Jewish Federation report, 32,958 Ukrainians have arrived in Israel since the Russian invasion began: 10,618 arrived as olim and another 22,340 arrived from Ukraine but are not eligible for immigration under the Law of Return, (meaning they are not Jewish or don’t have at least one Jewish grandparent). Some 8,000 Ukrainian nationals have since left.  (Of the 10,618 olim, 5,888 are new immigrants, and another 4,730 are in the process of making Aliyah).


Korniychuk gained infamy in March when he claimed his nation saved Jews from the Nazis (they mostly turned in their Jewish neighbors and joyously participated in their murder), and demanded that Israel cut off all business dealings with Russia (while Ukraine’s business dealings with Iran rose over 30% and reached nearly $2 billion), even declaring he would petition Israel’s High Court of Justice to block Interior Minister Ayelet Shaked’s policy regarding Ukrainian refugees (until he discovered he couldn’t).

Last Thursday, when Hebrew University in Jerusalem provided the Ukrainian President with an open mic to address its students live and shame them for not doing more for his country (Zelenskyy Asks Hebrew U Audience: How Can You Not Help the Victims of Aggression?), Ambassador Korniychuk was also on hand, and this time his stance was more demure – he told the same students: “We appreciate the support we’ve received from the citizens of Israel and now ask for support from Israel’s government, as well. Please help the Ukrainian people in their distress.”

Two days later, speaking to Detaly, Korniychuk noted how Minister Shaked had reduced the number of Ukrainians who can visit their relatives who have an Israeli passport, and would not invite more Ukrainian citizens to receive medical treatment in Israel – while setting no such limits on the citizens of Russia and Belarus (of course, Israel is not facing tens of thousands of refugees demanding entry from Russia or Belarus).

“In my Foreign Ministry and the Office of the President of Ukraine they tell me this is unacceptable,” said Ambassador Korniychuk. “We are now considering whether to suspend the visa-free regime for Israelis in response.”

The ambassador went on to explain that “now it will be imperceptible, but by Rosh Hashanah, the Israeli government will feel it.”

If the Ukrainian government makes good on its ambassador’s aggressive threats, it won’t be the first time. Back in September 2020, thousands of Breslov Chassidim were stuck at the Belarus border with Ukraine, where police blocked their entry because of coronavirus regulations. 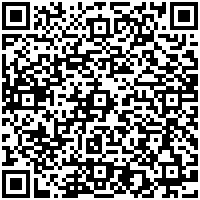