The plane, with the registry of UR-PSR carrying 180 passengers and crew had just started on its way to Kiev when it crashed in an area between the towns of Parand and Shahryar, south-west of the Iranian capital.


Fars noted that there is no report on the cause of the crash yet, but Boeing 737 passenger planes are “notorious for frequent technical issues.”

Twenty-two rescue teams rushed to the crash site, but, according to reports, no one has survived the crash.

Flight-tracking website Flightradar24 identified the plane as Flight 752, a 737-800 bound for the Ukrainian capital of Kyiv from Tehran. The plane stopped transmitting two minutes into the flight.

The Boeing 737 Next Generation jet airliners are narrow-body aircraft powered by two engines and produced by Boeing Commercial Airplanes. Launched in 1993 as the third generation derivative of the Boeing 737, it has been produced since 1997 and is an upgrade of the 737 Classic series. The Ukrainian airline received the 737-800 new in 2016.

According to the Aviation Safety Network, the Boeing 737 Next Generation series has been involved in 15 hull-loss accidents and 10 hijackings, for a total of 590 fatalities. The worst accident involved Air India Express Flight 812 which crashed in 2010. An analysis by Boeing on commercial jet airplane accidents in the period 1959–2017 showed that the Next Generation series had a hull loss rate of 0.17 per million departures versus 0.71 for the classic series and 1.75 for the original series.

So, not as “notorious for frequent technical issues” as Fars suggested.

There is speculation that Iran accidentally shot down the airplane. As of now, they are refusing to hand over the black box to Boeing for analysis. 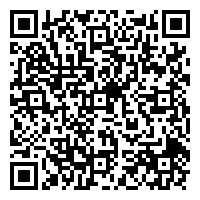