More than six US Air Force F-35A Lightning II fighter jets left Al-Dhafra Air Base in the United Arab Emirates at around 2 am Wednesday, according to multiple local Middle Eastern sources, possibly heading to respond to Tuesday night’s Iranian attack on American targets in Iraq.


The warplanes left the UAE just about two minutes after the Ain Al-Asad Air Base came under rocket and missile fire from Iran, and from a local Iranian proxy militia in Iraq.

Iran threatened to attack the United Arab Emirates and Israel, if there is a response to its missile attack against the US forces. “We are warning all American allies, who gave their bases to its terrorist army, that any territory that is the starting point of aggressive acts against Iran will be targeted,” the Guard said, adding that if Iranian soil is bombed it will target Dubai and Haifa in its third wave of operations.

The Islamic Revolutionary Guard Forces (IRGC), fired ballistic surface-to-surface missiles from Iran at the Ain Al-Asad air base in al-Anbar, which hosts US personnel as well as those from the UK and the Iraqi military.

The Kataib Hezbollah militia, which is the 45th Brigade of the Iraqi Popular Mobilization Unit (PMU) and an Iranian proxy group, fired at least 40 Katyusha rockets at the base as well.

White House press secretary Stephanie Grisham said in a statement to reporters after the attack: “We are aware of the reports of attacks on US facilities in Iraq. The president has been briefed and is monitoring the situation closely and consulting with his national security team.” It is not yet clear how the US intends to respond.

The Pentagon also issued a statement: “In recent days and in response to Iranian threats and actions, the Department of Defense has taken all appropriate measures to safeguard our personnel and partners. These bases have been on high alert due to indications that the Iranian regime planned to attack our forces and interests in the region.

“As we evaluate the situation and our response, we will take all necessary measures to protect and defend US personnel, partners, and allies in the region.”

There are at least 5,000 American troops currently in Iraq, according to Fox News, and the Pentagon has confirmed there is no plan to withdraw at this time.

Ain Al-Asad was one of two bases hosting US troops that were attacked; a second base near Erbil was also attacked by Iran.

#BREAKING: At-least 6 Fateh-110 ballistic missiles of #IRGC Aerospace Force which hit the #US Military Forces camp in Ain Al-Asad Air Base in #Iraq during Operation #Soleimani had been launched from Eslamabad-e-Gharb in #Kermanshah, W #Iran. Here is the video of missile launch ? pic.twitter.com/KGcTv13Y9V

President Trump tweeted that no US troops were injured, that all is well, and he will be making a statement in the morning.

All is well! Missiles launched from Iran at two military bases located in Iraq. Assessment of casualties & damages taking place now. So far, so good! We have the most powerful and well equipped military anywhere in the world, by far! I will be making a statement tomorrow morning. 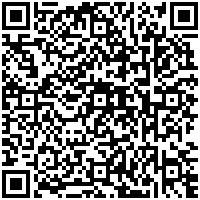