Vindicating the skepticism expressed by Israeli leaders earlier in the week, Iran on Thursday rejected a proposal by the P5+1 (US, UK, France, China, Russia, and Germany) to rein in Iran’s nuclear program and accused the six world powers of creating a “difficult atmosphere” for compromise.

On the second day of talks in Baghdad, Iran’s chief nuclear negotiator, Saeed Jalili, met with his counterpart – European Union foreign policy chief and P5+1 representative – Catherine Ashton and conveyed his displeasure with the bloc’s proposal.

Iranian officials and media painted the six-nation bloc as the source of intransigence and focused its ire specifically at America. “What we heard in Istanbul was more interesting,” an Iranian delegate told Reuters, referring to meetings last month that appeared to offer progress in the resolution of the impasse over Iran’s nuclear program. “We believe the reason [the P5+1] are not able to reach a result is America. [The P5+1] came to Baghdad without a clear mandate so we think the atmosphere is difficult.”

The P5+1’s proposal calls on Iran to stop enriching its uranium to 20% – which brings it close to the threshold of weapon’s grade. It offers Iran badly-needed spare parts for civilian airliners, medical isotopes, and nuclear safety cooperation as incentives to agrement. Iran, on the other hand, is demanding an immediate easing of current economic sanctions and suspension of the onerous sanctions set to be imposed in the summer; in return, Tehran is offering a pledge of broader access to International Atomic Energy Agency (IAEA) inspectors, plus other minor concessions.

As it stands now, the P5+1 has refused to consider suspending the impending sanctions. A US official stressed that the bloc’s proposal includes measures to alleviate the sanctions’ hardships, and that they should suffice in the confidence-building process. Nevertheless, Iran has made it clear that suspending the sanctions is the key to compromise.

“It seems that the basis for another round of negotiations doesn’t exist yet,” the Iranian delegate said. But characteristic of Iranian negotiating tactics, he left the door open for continued dialogue, thereby allowing Iran to pursue the dual track of continuing its quest for nuclear power while declaring its readiness to resolve the issue at the same time.

These are exactly the kind of tactics that Israeli Defense Minister Ehud Barak warned of on Tuesday when he said: “It appears that the Iranians are trying to reach a ‘technical agreement’ which will create the impression of progress in the talks, in order to remove some of the pressure…as well as to put off the intensification of sanctions.” He encouraged the P5+1 to remain “clear and unequivocal” in their demands. 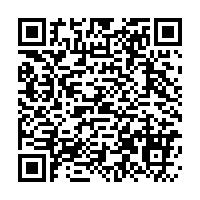