According to ABC News, Vice Admiral Mark Fox, commander of United States naval forces in the Gulf, told reporters in Bahrain that Iran is operating small boats “outfitted with a large warhead that could be used as a suicide explosive device.”

Iran has threatened to disrupt shipping in the Gulf and to strike US forces there should sanctions cause the shutdown of its oil sales, or if the US attacks its nuclear sites.

At a briefing, Vice Admiral Fox said the US Navy’s Fifth Fleet can prevent Iran from blocking the Strait of Hormuz.

Military experts say the Fifth Fleet patrolling the Gulf, with at least one giant supercarrier accompanied by scores of jets and a fleet of frigates and destroyers, is overwhelmingly more powerful than Iran’s navy.

But the very base of operations for the US Naval force may be in jeopardy. According to Stars and Stripes Magazine, Young Shia men, inspired by the Arab Spring uprisings across the Middle East, demand the resignation of the Sunni government of Bahrain, led by the ruling al-Khalifa family, as well as parliamentary elections and a new democratic constitution. The regime’s security services reply with force, determined to silence them. This month-long unrest is taking place a few hundred yards from the gates of the Naval Support Activity Bahrain, home to the U.S. Navy’s 5th Fleet, with some 6,200 sailors, civilians and family members.

In 1996, Al Qaeda suicide bombers in a small boat killed 17 sailors on board the destroyer USS Cole in a port in Yemen. 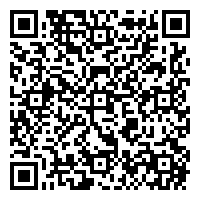