Russian President Vladimir Putin declared a state of emergency in Russian Arctic city of Norilsk, after 20,000 tons of diesel fuel spilled from a thermoelectric power plant into the nearby Ambarnaya River.

Under Russian law, a federal emergency is declared after more than 5,000 tons of oil products are spilled within the country’s borders. During the emergency, federal forces can be engaged to deal with the incident and the regional governor can ask for aid from a reserve fund.


According to TASS, the diesel fuel leak from a thermoelectric power plant of the Norilsk-Taimyr Energy Company (an affiliate of the Norilsk Nickel Group) took place on May 29 after a concrete platform sank causing destruction of the tank. As a result, more than 21,000 cubic meters of fuel spilled into the environment polluting the soil and water bodies around the Nadezhda Metallurgical Plant owned by the Norilsk Nickel Group.

President Vladimir Putin has harshly criticized the local officials of the Krasnoyarsk Region for their delayed response to the diesel oil spill: “Why did the officials find out about this only two days later? Are we going to find out about emergencies through social networks? Do you have a problem or something?”

Three criminal proceedings have been launched, and the head of the thermoelectric power plant’s workshop was detained.

On Thursday, TASS reported that the diesel fuel that spilled from the power plant did not reach the Kara Sea, which is part of the Arctic ocean, which is an extension of the Atlantic ocean.

The deputy prime minister of the Krasnoyarsk Region government, Anatoly Tsykalov, told reporters: “I flew around the affected territories twice, jointly with company employees, rescuers and environment protection inspectors. We saw no evidence of oil products spreading outside the oil-spill booms [on the Ambarnaya River].”

Ambarnaya river in Siberia flows into Lake Pyasino, which in turn flows north to the ocean. The Ambarnaya is heavily polluted by the mining industry of Norilsk, to the point that fishing is no longer possible there. The river is shallow and its bed consists of gravel and pebbles, which explains why the flow of 20,000 tons of fuel did not reach the lake. 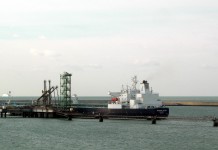 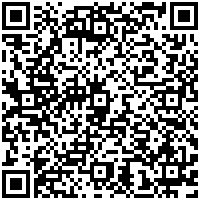