1/4 Israel shares the concern of the international community regarding the steps taken in eastern Ukraine and the serious escalation in the situation. Israel hopes for a diplomatic solution which will lead to calm, and is willing to help if asked. pic.twitter.com/Tw4UN9E2Ki

In a long statement to the United Nations Security Council, Russia’s delegation to the world body expressed “concern” about “Tel Aviv’s” plans to establish new communities in the north, which it called the “occupied Golan Heights.”

#Polyanskiy: We're concerned over Tel Aviv’s announced plans for expanding settlement activity in the occupied #GolanHeights, which contradicts the provisions of the 1949 Geneva Convention. Russia doesn't recognize Israel's sovereignty over Golan Heights that are part of #Syria. pic.twitter.com/slHQSefJp5

Russia specifically said it was concerned over Israel’s “announced plans for expanding settlement activity in the occupied Golan Heights, which contradicts the provisions of the 1949 Geneva Convention.

“Russia doesn’t recognize Israel’s sovereignty over the Golan Heights, which are part of Syria,” Russia’s First Deputy Permanent Representative to the United Nations said at the UN Security Council’s regular meeting “on the situation in the Middle East, including the Palestinian question,” held Wednesday.

“We draw attention to UNRWA’s appeals to the global community and calls to accumulate the much-needed funds so that the Agency can keep rendering humanitarian assistance to Palestinian refugees in the Middle East,” the Russian delegation added, promising Moscow would “set forth its financial support for UNRWA.”

The Russian delegation also attacked Israel on its policies in Judea, Samaria and the national capital city of Jerusalem.

“Stagnation and de facto stalemate of Palestinian v. Israeli settlement provoke an outbreak of violence in the West Bank and Eastern Jerusalem,” the statement continued. “Against this backdrop, construction of settlements continues, as well as confiscation of lands, eviction of Palestinians, demolition of houses, etc.

“We reiterate the importance of holding a ministerial meeting of the Quartet [of international mediators for the Middle East and making this mechanism work closely with Palestinians, Israelis, and key regional stakeholders.

“We highlight the importance of providing comprehensive humanitarian assistance to those in need who are located on the occupied Palestinian territories and in Gaza, as well as Palestinian refugees in neighboring Arab states,” he said. 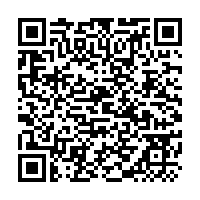