Jews make up only around two percent of Britian’s population. But in last week’s local elections, the Jewish vote was so significant that opposition Labour leader Jeremy Corbyn failed to gain expected seats because of it.

Historical ties between British Jewry and the Labour Party run deep, and many Jews continue to be deeply committed Labour supporters. But blatant anti-Semitism has become manifest in the Labour Party since Jeremy Corbyn’s surprise Labour leadership bid in 2015. (Before that, only anti-Zionism was common, as it was indeed throughout large segments of British society.) Corbyn has repeatedly claimed not to be an anti-Semite, but his associations and actions (he has failed to exclude those in his party who are) do not match his words.

Turnout during the election was high in heavily populated Jewish areas – as high as 70 percent in Golders Green, Barnet. And it wasn’t just Jewish voters who were angry about anti-Semitism in the Labour Party. Prominent politicians of all parties and denominations, as well as other non-Jewish voters, were too.

Muslim Labour Mayor of London Sadiq Khan said: “It is depressing, saddening and completely unacceptable that so many Londoners of Jewish faith have been made to feel uncomfortable within, and alienated by, the Labour Party. There can be no hiding place for anti-Semitism in the Labour Party.”

In West Hendon, Barnet, which had been Labour for 40 years, the party lost all three of its councillors, one of whom was Adam Langleben, a member of the national executive committee of the Jewish Labour Movement. The furious JLM said: “For the second time within a year, England has seen the electoral impact of the Labour Party’s problem with anti-Semitism. For the party of antiracism to lose seats because of anti-Semitism is a sad chapter in our proud history.”

Non-Jewish Barnet Labour leader Barry Rawlings, acknowledging that anti-Semitism caused the electoral setback, pledged that “Barnet Labour will be a beacon to the rest of the Labour Party in defeating this anti-Semitism virus that has infected our party. For me this is not an electoral issue, it’s a moral responsibility that defines our party.”

Despite the impact they had on last week’s local election, British Jewish voters cannot remain complacent. Conservative Prime Minister Theresa May’s government is hanging on by a knife-edge, having lost her overall parliamentary majority last year. She is also constantly at risk of leadership challenges within her own party due to differences over Brexit. Should her government, God forbid, fall, Corbyn could be the next prime minister. The prospect is too awful to conceive. 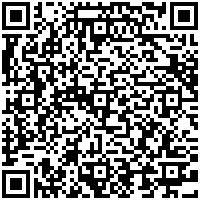