Review findings into the Domestic Abuse Bill, currently being considered in Parliament, have concluded that withholding a get constitutes a criminal offense, prisonable for up to five years, under the 2015 Serious Crime Act.

Up to now, under the 2015 Act, a husband who wasn’t living with his wife could argue that his behavior can’t be deemed coercive. The latest Domestic Abuse Bill review clarifies that someone can be the victim of coercive behavior even if she lives alone.


Former London Beth Din get case director Joanne Greenaway said, “Thanks to the Serious Crime Act 2015, two prosecutions have already been brought which have led to the freeing of women in very difficult circumstances of get refusal. This was despite uncertainty as to whether the provisions related to couples post-separation.”

“This tightening of the definition will bring clarity to enable more people to use this avenue.”

Manchester City Council acted unlawfully in offering a disabled charedi 15-year-old respite care in a non-Jewish home where he couldn’t properly keep Shabbat or kashrut, according to High Court Judge Stephen Davies. He ruled that the council had breached the human rights of the North Manchester boy to “manifest his religion in worship, practice or observance.”

Manchester Council had decided to send the boy to a non-Jewish home rather than a London Jewish residential home. The council’s care plan envisaged the boy spending 12 weeks in the non-Jewish home. Visits would only be allowed on Sundays, and kashrut supervision was limited to Shabbos.

Legal action on behalf of the 15-year-old’s disabled brother, age 11 – who was also offered respite care in a non-Jewish home – failed because his care plan was different and did not “have the same adverse impact” on his “freedom to manifest his religion,” said the judge.

Glasgow’s Langside Synagogue has been saved from developers as the listed building failed to reach its auction guide price.

The shul, which opened in 1927, closed six years ago because of dwindling attendance. The building was awarded protected status because of its folk-art style architecture, which is modeled on that of Eastern European synagogues.

Morgan Holleb of Save Langside Shul said he was “very pleased that the building didn’t change ownership because that gives us more time to come up with a different strategy.” He added, “We definitely want to reopen it as a Jewish place of worship and for Jewish community events.”

But a former prominent decades-long member of the Orthodox shul told The Jewish Press that he would rather the building redeveloped into flats than used by a non-Orthodox group. (A local diverse group, describing themselves as an “anarchist diasporist Jewish collective,” has wanted to take over the building and use it for religious services.)

The former shul executive member, who wished to remain anonymous, said, “When we sold it three years ago, the buyers planned to turn it into flats. Unfortunately, a way-out group are wanting to use it as a synagogue. They got it made as a listed building. I would rather it had been redeveloped.”

Due to the pandemic, the United Synagogue’s Chesed department will be supporting more than 4,000 isolated members and families for Pesach rather than the 600 it usually supports. Vulnerable members will receive food vouchers, Seder boxes, and various Pesach supplies. 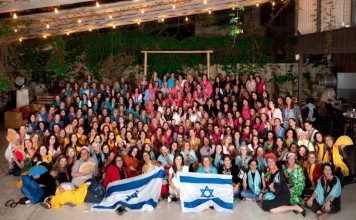 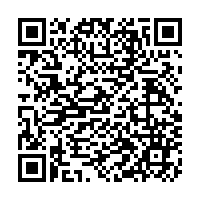