Foreign Minister Gabi Ashkenazi told British Minister for the Cabinet Office Michael Gove on Tuesday in their meeting in Jerusalem that Iran is undermining stability in the entire Middle East.

“The international community must act to prevent Iran from achieving nuclear weapons capability. Not today and not in the future,” Ashkenazi said.


The two men discussed other bilateral and regional issues as well, the Ministry of Foreign Affairs said.

In addition, Ashkenazi asked Gove to convey Israel’s appreciation of British Prime Minister Boris Johnson’s clear statement expressing his unequivocal opposition to the decision of the International Criminal Court at The Hague to open an investigation against Israel.

Gove, in Israel for a short working visit, is also responsible for the UK government’s response to the Coronavirus.

Ashkenazi, Gove Discuss ‘Green Travel Corridor’
During their meeting the two ministers also discussed cooperation between the United Kingdom and Israel in the fight against the coronavirus and the possibility of creating a “green travel corridor” between the countries, given the “great progress made in Israel and the United Kingdom” in their respective vaccination campaigns.

“The fight against the Coronavirus is a challenge facing the entire world,” Ashkenazi noted. “After addressing the medical and health challenges, we must find ways to get the economy back on track as quickly as possible.

“We will promote, together with the UK, mutual recognition of vaccines in order to allow tourists and business people from both countries to safely return to their routines.”

Netanyahu, Gove Discuss Exit from COVID-19 Pandemic
Prime Minister Benjamin Netanyahu held a similar meeting with Gove later in the day. The two discussed mutual recognition of the “Green Passport” as well as the possibility of increasing cooperation in the research, development and production of coronavirus vaccines and those to fight future viruses.

Gove told reporters that his country is interested in learning from the Israeli experience how to return to routine.

The two also agreed to move forward on upgrading the bilateral free trade agreement between Israel and the UK. 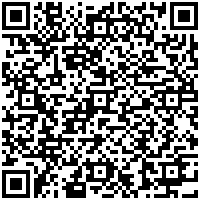