Johnson is expected to remain as a caretaker prime minister until the Conservative party conference in October, at which point, presumably, he will step down and be replaced.

Johnson resigned after an overwhelming number of Conservatives MPs quit his government, including former chancellor Rishi Sunak and health secretary Sajid Javid. The quitting MPs all cited their loss of trust in the government, particularly in Johnson, as their reason.

The Conservative party enjoyed a sweeping victory under Johnson in the 2019 elections, which gave it a 78-seat edge in parliament. But Johnson could never get rid of his negative public image, and in April 2022 a poll by JLPartners found voters most frequently described the prime minister as a “liar,” followed by “incompetent,” and “untrustworthy.” Only 16% of respondents described Johnson in positive terms, compared with more than 70% who used negative language.

“Partygate” was one of the reasons the public and the party began calling for Johnson’s ouster. In April, it was revealed that Johnson had broken the law and received a fine from the Metropolitan Police for attending an illegal gathering in Downing Street during a coronavirus lockdown – and telling Parliament that he had followed the rules. The gathering was on his birthday, but there were several more incidents where the PM had broken the lockdown law.

The other big scandal erupted over the revelation that Johnson had appointed Chris Pincher into his government despite knowing of allegations against him of sexual misconduct. Pincher did not admit the allegations directly, but resigned and told Johnson in a letter that “last night I drank far too much,” and “embarrassed myself and other people.”

On Tuesday, it was revealed that a complaint had been made against Pincher in the Foreign Office some three years ago, about which Johnson was briefed but chose to ignore. His office claimed he had forgotten. Johnson this week acknowledged it “was a mistake” to appoint Pincher, but by then the wave of Conservative resignations had begun.

Johnson was as friendly to Israel as a British PM can be. He said that President Trump’s recognition of Jerusalem as Israel’s capital was a “moment of opportunity” for peace, and accused the UNHRC of focusing disproportionately on the Israeli–Palestinian conflict and Israel’s occupation of Judea and Samaria. 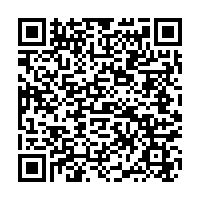