Britain could be facing a general election on the first day of Sukkot if Prime Minister Boris Johnson loses his parliamentary battle for a no-deal Brexit.

Board of Deputies vice president Amanda Bowman said, “We have been in touch with the government to explain the concerns and difficulties that our community would face. If a general election is held on October 14, we will be encouraging everyone affected to apply for a postal vote.”

The parliamentary crisis, which could trigger a general election, occurred after Prime Minister Boris Johnson’s prorogued (i.e., discontinued a session of) Parliament, allowing little time for it to discuss the UK leaving the EU without a deal on October 31.

Luciana Berger MP, who left the Labour Party earlier this year in protest over anti-Semitism in the party’s midst, backs cross-party moves to stop a no-deal. She told The Jewish Press: “It is unprecedented for a prime minister to block the working of Parliament in order to ram through his plan to pursue something none of us voted for – a no-deal Brexit.

Fellow Liverpool MP Louise Ellman said, “It is a disgrace that elected MPs are being prevented from scrutinizing the PM’s high risk policy of taking us out of the EU without a deal.”

Meanwhile, the Jewish Labour Movement has objected to anti-Brexiteers using the Twitter hashtag #Reichstag to describe the proroguing of Parliament. The JLM described the appropriation of this word (recalling the Nazis’ actions in the wake of the 1933 Reichstag fire) “a disgraceful minimization of some of the most heinous crimes in history.”

A vocal anti-Semitism campaigner pulled out of attending Tuesday’s anti-government protest in Parliament Square, fearing that it would feature hatred against Jews.

North Warwickshire Labour Councillor Jack Deakin said, “I personally would like to support the message of the protest which is against Boris Johnson’s actions, but unfortunately I don’t feel I can attend. I do believe that either anti-Semitic tropes will be used or anti-Semitic people will be attending.”

After a spate of young suicides in the Manchester charedi community over the last year, rabbis are urging educators from local yeshivot and seminaries to enroll in the American Nefesh Chaya Mashgiach/Mechaneches Program.

The Torah Umesorah program trains yeshiva and seminary educators to address the needs of students who may be experiencing academic, behavioral, or social difficulties. Training is provided by mental health professionals, roshei yeshiva, and other educators. 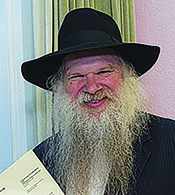 Rabbi Herschel Gluck said, “As a Jew, I find war, those that cause war, and the weapons of war despicable and horrible. Our Talmudic sages teach us that peace is the key and source of all blessings from G-d.”

The Jewish Press asked the rabbi his thoughts about a milchemet mitzvah such as World War II, but he refused to reply.

A Scottish teacher of Hebrew was sacked for showing pupils, some as young as 11, an 18-rated animated Israeli film, according to a news report that first publicized the incident last week.

Jonathan Guetta, who teaches at Mearns Castle High School and Jewish Calderwood Lodge Primary school, showed an after-school class in 2017 an excerpt from “Waltz with Bashir” about the 1982 Lebanon War. The film contains scenes with explicit material and extreme violence. He apparently stood in front of the screen during these scenes.

Guetta was dismissed by East Renfrewshire Council. He lost his argument at a Glasgow Employment Tribunal that his dismissal constituted anti-Semitism. 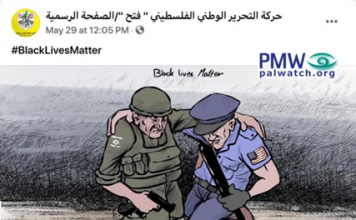 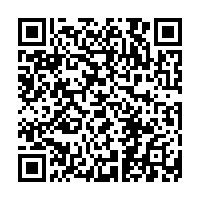