Former Labour Party leader Jeremy Corbyn has lost the first stage of a libel case in which he is facing pro-Israel activist Richard Millett.

Millett contends that Corbyn was referring to him when he said in a 2013 speech that some Zionists “do not understand English irony.”


Meanwhile, the Labour Party is believed to be set to settle a libel claim with whistleblowers who appeared on last year’s BBC Panorama program on anti-Semitism as well as with program maker John Ware.

After the program was aired, Jewish solicitor Mark Lewis accused Labour of “willfully attacking the whistleblowers.”

Greater Manchester Police are investigating the etching of swastika on a police officer’s belongings.

Assistant Chief Constable Habs Hussain said, “This is an absolutely disgraceful and disgusting act and I can wholeheartedly say that we are appalled that one of our employees felt that this behavior was acceptable.”

Julian Lewis, the son of a Welsh Jewish tailor, who resigned his membership of the Oxford Union Debating Society when it invited Holocaust denier David Irving to speak, contested the prime minister’s preferred candidate Chris Grayling to chair the committee.

After winning the chairmanship, Lewis was promptly ousted from the Conservative Party.

London’s Barnet Council has warned Golders Green residents of an increase in coronavirus cases in their area.

In a letter sent to them last week, Councillor Caroline Stock, chair of the borough’s Health and Wellbeing Board, and Dr. Tamara Djuretic, director of Public Health, write:

“We are writing to alert you to a small increase in positive Covid-19 cases…. We do not have information that is granular enough to suggest it is originating from a specific community, but anecdotal evidence suggests an increase in family clusters in the Jewish Orthodox communities.… We also know that Jewish males are at much higher risk of dying from this infection.”

A Jewish Golders Green resident told The Jewish Press, “At the height of the pandemic, everyone was saying Tehillim. People really were really very, very worried. There were people who were for weeks and weeks touch and go. This was really scary. Now I find some people are not keeping the social distance rules and are not taking it so seriously.” 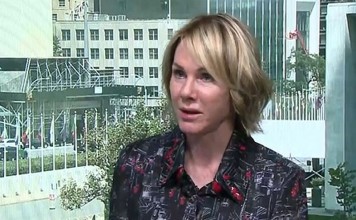