Former Labour leader Jeremy Corbyn has been suspended from his party for downplaying the presence of anti-Semitism within Labour.

His suspension comes after an Equality and Human Rights Commission Report, published last week, found that the Labour Party had unlawfully discriminated against Jewish members under Corbyn’s leadership.


New Labour leader Sir Keir Starmer promised to implement in full all the report’s recommendation and apologized to England’s Jewish community, calling the day of the report’s publication a “day of shame.”

Sir Keir also said at a press conference on Thursday, “If there are still those who think there is no problem with anti-Semitism in Labour, that it’s all exaggerated or a factional attack then, frankly, you are part of the problem too and you should be nowhere near the Labour Party.”

His remarks came soon after Corbyn had tweeted about the report: “The scale of the problem was also dramatically overstated for political reasons by our opponents inside and outside the party, as well as by much of the media.”

Corbyn’s suspension was announced soon after the press conference.

Welcoming the move was former Liverpool Wavertree Labour councillor Jeremy Wolfson, who served in a Corbynite area where two Jewish MPs – Luciana Berger and Dame Louise Ellman – left the party due to the anti-Semitism in its midst.

He told The Jewish Press, “It has been a horrific time under Corbyn’s leadership. To lose two brilliant MPs in the city of Liverpool was an absolute disgrace.”

He revealed, “Constituency Labour Party meetings in Wavertree often felt uncomfortable and hostile. So many anti-Israel motions came up. I made representations against all of them and none passed. Many Corbyn supporters have a hatred towards Israel and Zionism, which is sickening.”

He added, “It’s going to take a long time for the wounds to heal.”

Berger said that following the suspension she has been called “a vile fifth columnist” and the “face of evil” and was told she “would pay” for it.

Corbyn and his followers are fighting the suspension. His former shadow chancellor John McDonell has signed a letter of support for Corbyn, which states, “We abhor the weaponization of Jewish pain against the project of socialism and the legacy of Jeremy Corbyn’s leadership.”

Under the new government regulations, places of worship must close except for private prayer. But Rabbi Mirvis said this week that worshippers should not make use of this exception “because those present for individual prayer might be tempted to daven together in a minyan, which would be a clear breach of the law and a desecration of Hashem’s name.”

Some United Synagogue rabbis, meanwhile, have written to their MPs, protesting the ban on shul services. These rabbis include Rabbi Yitzchok Shochet of London’s Mill Hill Synagogue and Rabbi Harvey Belovski of Golders Green Synagogue. 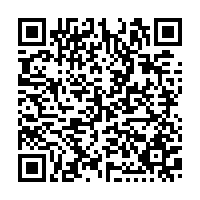