The family of the late British best-selling children’s writer Roald Dahl – author of such works as James and the Giant Peach and Charlie and the Chocolate Factory – have apologized for their relative’s anti-Semitism.

In 1983 Dahl said: “There is a trait in the Jewish character that does provoke animosity…even a stinker like Hitler didn’t just pick on them for no reason.”


In 1990 he admitted he was anti-Israeli and had even become anti-Semitic to a degree. He also said, “There aren’t any non-Jewish publishers anywhere, they control the media – jolly clever thing to do. That’s why the president of the United States has to sell all this stuff to Israel … ”

The Dahl family “deeply apologized for the lasting and understandable hurt caused by” some of his remarks.

They said, “Those prejudiced remarks are incomprehensible to us and stand in marked contrast to the man we knew and the values at the heart of Roald Dahl’s stories.”

A charedi school in London is asking pupils who have attended a simcha to stay at home for a week afterwards.

Rabbi Yehuda Feldman of Torah Vodaas told parents that the school enacted the policy because “[r]ecently there has been a number of people in the community contracting the virus through attending chasunos and simchas.”

Local doctors have advised that pupils should only return to school after a negative Covid test.

Meanwhile, another London school, Hasmonean Multi-Academy, is investigating a teacher reported to have attended an “illegal” shul during lockdown.

Two London hospital consultants, who are currently saying Kaddish, have warned frum Jews not to attend illegal minyanim that do not adhere to Covid regulations.
Dr. Michael Markliewicz and Dr. Anthony Gubay said, “By keeping minyanim going you are increasing the risk of spreading the virus.”

London’s Hackney Council has won a Public Services Communications gold award for keeping the level of Covid infections down in Stamford Hill during the yamim noraim.

Working with Stamford Hill Jewish organizations Bikur Cholim, Interlink, Shomrim, and Hatzolah, the council said, “Whilst the infection rates in Stamford Hill have remained higher than the rest of Hackney throughout, we have not seen the devastation experienced in Israel and New York. We did not see the spike in infections following the High Holy Days that we had feared…

“In charedi communities in Brooklyn and Israel, they have seen anti-regulation protests and regular community communications urging people not to follow Covid restrictions. This has not been replicated in Stamford Hill.”

Early in the pandemic, Stamford Hill infection rates soared disproportionately in relation to the rest of the UK.

Meanwhile, a Jewish wedding in Stamford Hill last month was fined £10,000 for having more than 100 guests. Hackney Council cabinet member for health Chris Kennedy and Detective Superintendent Mike Hamer said, “A number of weddings and other celebratory events that have recently taken place…are specifically prohibited under the Covid-19 regulations.” They described these events as posing a “huge transmission risk.”

Shomrim president Rabbi Herschel Gluck told The Jewish Press that the “vast majority of the community are very compliant” and praised Hackney Council for being “very helpful, understanding and engaged.” 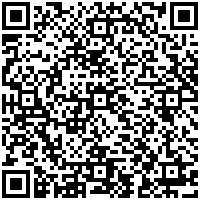