Although places of worship are allowed to remain open during the current coronavirus lockdown, Mayor of London Sadiq Khan has urged synagogues to close down and “look beyond what is technically permitted.”

United Synagogue chief executive Steven Wilson said, “As things stand, it is legal for shuls to remain open for services, with full social distancing in place. Government data show the risk of transmission in places of worship is extremely low.”


However, most of Great Britain’s 62 United Synagogue shuls are closed. Only one of the six shuls of the various synagogual movements in Ilford, remains open – that of Chabad.

A representative of one of the closed shuls, Cranbrook United Synagogue, told The Jewish Press, “We closed when the recent lockdown was announced even though places of worship didn’t need to close. Ours is a very elderly congregation. We didn’t think it was safe.”

A representative of Golders Green Synagogue, which has a wider age range, told The Jewish Press, “We are only open for outside weekday afternoon services.”

In South Manchester, Hale Hebrew Congregation administrator Suzanne Etchells told The Jewish Press, “We closed a little before the lockdown out of a duty of care. Everything is on Zoom at the moment.”

But in North Manchester, Holy Law Congregation president Kevin Feddy told the Jewish Press, “We have a large shul which can accommodate congregants in a socially-distanced way, sitting two meters apart from others who are not in the same household. We have taken great care to put measures in place, which minimize the risk of transmission.

“As long as people wish to come to shul and the law allows it, we intend to remain open.”

He added, “In fact, we have attracted a large number of new members since we re-opened in July, who want to attend a shul with rigorous Covid-19 measures.”

Former Labour leader Jeremy Corbyn applied to the High Court on Monday to try to overturn his suspension from his party over anti-Semitism.

Meanwhile, a survey by the Campaign Against Anti-Semitism found that two-thirds of Jews believe they have a long-term future in the UK with Corbyn’s exit from the Labour leadership.

An Orthodox London Jewish care home, which lost a third of its residents to the novel coronavirus, now faces a workers strike led by the United Voices of the World union.

In response, the Golders Green’s Sage Nursing Home said in a statement, “Given its charitable objectives, it is disappointing that United Voices has chosen to campaign against a small Jewish charitable home and not the many other commercial, care homes who pay similar rates.”

The statement continued: “Like many in the care sector, Sage is battling with the consequences of Covid-19 – severe operational challenges, increased costs and the tragic loss of a third of its patients.” It warned that the strike could “lead to the closure of the care home.” 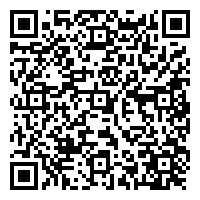