Salford Council was supposed to have closed Clowes Park – Manchester’s most popular Tashlich destination – on Sunday to prevent the spread of Covid-19.

The city’s deputy mayor Councillor John Merry said, “We understand the importance of Tashlich to the community, but, after lengthy discussions, community leaders agreed that the risk of spreading the virus was just too high. Public health must take priority in these difficult times.


“Greater Manchester is already under extra restrictions because of increasing rates of infection and no one wants to see those tightened or more people fall ill. I hope people can find alternative, safe ways to mark the occasion.”

The decision was taken in conjunction with local rabbis. But a resident, who lives next to Clowes Park, told The Jewish Press, “The park was not closed. People thought it was only a rumor. It was not as packed as usual. People were going out when I went in and coming in when I went out. It was lovely. I met people, but fewer than in previous years.”

Salford Councillor Rabbi Arnold Saunders told The Jewish Press, “We had arranged through the council that the park would be locked from midday and that there would be signs outside. For reasons that I do not yet know, that did not happen. I sent an e-mail to the mayor asking what on earth happened. Not only were there no signs, but the park was not locked.”

Rabbi Saunders said he and his fellow Jewish councillor Ari Leitner had put out notices of the closure in all the local shuls.

Salford Council is investigating why the park wasn’t closed.

For its part, London’s United Synagogue banned all communal Tashlich programs. In Gateshead, the community was discouraged from saying Tashlich on Sunday and urged to do it over the many days between Rosh Hashanah and Hoshanah Rabbah.

Ofsted Not Pleased With Chassidic School

A pre-registration Ofsted inspection of a chassidic girls’ primary school in the seaside resort of Westcliff has failed for “significant weaknesses, especially linked to the curriculum, that need to be addressed before the school will be ready to open.”

Inspectors said that the proposed Beis Chinuch Girls School did not provide enough space for the proposed 200 pupils and not enough information was given on the general curriculum and none on the kodesh curriculum.

A large influx of chassidim has moved to the resort in recent years from London’s Stamford Hill.

The Campaign Against Anti-Semitism (CAA) has criticized the TV satirical show “Spitting Image” for portraying Facebook founder Mark Zuckerberg with a large nose.

A CAA spokesperson said, “‘Spitting Image’ should explain why a Jewish personality has been caricatured to appear with a gratuitously large, hooked nose and ghoulish appearance when in real life Mark Zuckerberg is not associated with either of those physical features.

“Satire is integral to comedy and a vital part of our public conversation,” said the spokesperson, “but it should be based in reality and not on lazy and offensive stereotypes.”

Two men have been fined for racially-aggravated disorderly behavior after making anti-Semitic remarks to a visibly Jewish group on a train to Carlisle in February.

Paul Blaylock and Ian Routledge were fined in a Carlisle court for telling the group to “go back to where they came from” and making other “abusive, threatening comments.” 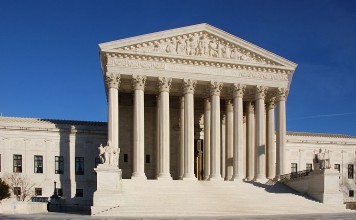