The UK government’s cutting of the number of wedding attendees to only 15 in the latest Covid restrictions will cause major problems for the Jewish community, Salford Conservative Councillor Rabbi Arnold Saunders told The Jewish Press. “I wonder if the relevant departments are fully aware of the impact this will have on Jews,” he said.

The rabbi explained that the new law means sisters and grandmothers will be competing for places at a chuppah:


“You have to have a minyan of 10 men, including the groom. Of these 10, two must not be related to either the bride or groom, to act as witnesses. They can be the rabbi and chazzan, with only seven male relatives. Of the five women left, one must be the bride, which leaves only four women.

“Under normal circumstances, there would be two mothers, and they can only legally have two other ladies. This will make it really tough, especially as these restrictions could go on for six months.”

He noted, “In Greater Manchester you can’t have a wedding dinner at all, and outside restricted areas the wedding must finish by 10 p.m.”

Rabbi Saunders said, “People were just managing with 30 attendees. I would love to know what the science is that says that 15 is okay, but that 30 is dangerous, even if they are socially distanced – and many of our chuppahs are outside.”

He said, “Many couples have already postponed their wedding once in the hope they would be able to get married in the winter.”

He added, “Our caterers and restaurateurs, too, have had a very challenging time over the summer and we know that the prime minister’s announcement will affect the livelihoods of the hundreds of people.”

United Synagogue congregants have been told not to share lulavim and etrogim in shul due to the pandemic.

Other guidelines included: Communal sukkahs should only be used by those who don’t have their own; they shouldn’t be used for socializing. Members can be offered a drink carton and a pre-packed biscuit for Kiddush, where they should keep three meters apart. Hoshanot participants should keep two meters apart.

No dancing should take place on Simchat Torah and sifrei Torah should not be passed between congregants. Chatanim should have aliyot but no tallit should be put over their heads.

Pandemic Leads to Rise in Anti-Semitism

Frustrations caused by the ongoing pandemic and lockdowns are causing an increase in anti-Semitism in London’s charedi area of Stamford Hill, according to Shomrim president Rabbi Herschel Gluck.

He told the Jewish Press, “There has certainly been a spike. In August we had nine incidents. In September we had substantially more, on average an incident of racial abuse every second day. People are very frustrated at the moment due to Covid and lockdown. That is feeding into people’s lack of reserve and letting out their negative attitudes to others.” 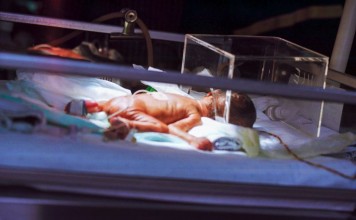 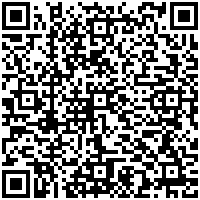