Two rabbis and leading Jewish figures were the recipients of this year’s Queen’s Birthday Honours List.

Rabbi David Meyer, director of Partnerships for Jewish Schools, receives an OBE (Officer of the Most Excellent Order of the British Empire) for services to education. He is the former executive head teacher of London’s Hasmonean High School and represents more than 120 Jewish schools in governmental discussions.


Gateshead’s Rabbi Avrohom Sugarman, head of the Haskel School, receives an MBE (Member of the Most Excellent Order of the British Empire) for his work with children with special educational needs. The rabbi set up the school in 2013 when he was looking for a special needs school for his son.

Jeffrey Leader, the director of Pikuach, the Jewish schools inspectorate and community equivalent of Ofsted, received an MBE, and founder and director of the Taylor-Schechter Genizah Research Unit in Cambridge Professor Stefan Reif gained an OBE after spending decades examining thousands of medieval manuscripts retrieved from Cairo in the 19th century.

Karen Pollock, chief executive of the Holocaust Educational Trust, was upgraded from MBE to CBE (Commander of the Most Excellent Order of the British Empire), and Olivia Marks-Woldman, who runs the Holocaust Memorial Trust, was awarded an OBE. Jeffrey Pinnick, former chairman of Yad Vashem UK, also received an OBE.

Kahan told the Jewish Press that he was inspired to found his Holocaust Awareness organization, which takes police and ambulance members to Auschwitz, because his parents were Holocaust survivors.

Lady Kohn was born in Palestine in 1935, but her family moved to Amsterdam two years later, from where they were deported to Bergen-Belsen. With the help of the late Rabbi Dr Solomon Schonfeld, she moved to London, where she eventually married the late Sir Ralph Kohn.

Renowned actress Maureen Lipman, who campaigned against Labour Party leader, Jeremy Corbyn, became a dame. Leading art collector and trustee of the City of Jerusalem, Professor David Khalili was knighted for his interfaith and charitable work. 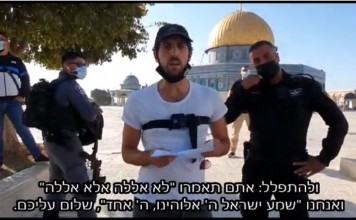