It said: “The landscape of anti-Semitism in the UK and the decrease in reported incidents have been strongly influenced by the Covid pandemic” since fewer people were on the streets, in school, or in shul.

The highest monthly totals were in January, February, June, and July which, it states, “correlate neatly with the periods when lockdown measures were either no-yet-existent (pre-March) or more relaxed (in the case of the latter two).”


In London’s Stamford Hill, however, anti-Smitic incidents actually rose. Security issues in this area is handled by Shomrim, not CST, and Shomrim president Rabbi Herschel Gluck told The Jewish Press, “In the past five months, there has been a tremendous spike in anti-Semitism, a substantial rise in incidents and types of incidents.”

He said, “I don’t know if there is a connection with lockdown. I think there is a lot of far right activity. Most of incidents have a far right tinge.”

Last week, Stamford Hill Shomrim helped ensure the arrest of a female who reportedly punched an 80-year-old Holocaust survivor and her rabbi son on the head on a bus heading for Stamford Hill. The attacker was reported to have screamed, “I hate you Jews. It’s not your place. You took our money.”

Rabbi Gluck said, “We did a lot of work gathering evidence. We are one of the UK organizations which has brought the most prosecutions. We do a lot of work in victim support, in encouraging the victim to go to court. We go with victims to court and counsel them afterwards.”

The CST reported that in the general Jewish community, which saw a decrease in anti-Semitic attacks, anti-Semites had become “innovative” and resorted to such tactics as “Zoom-bombing,” in which Jewish educational, religious, and social online events are hacked and interrupted with anti-Semitic content.

Rabbi Gluck said, “It is very difficult for the police to do anything against online crime.”

Shuls Gear Up for Purim

Some United Synagogues that closed during the current lockdown hope to re-open for Purim, some planning drive-in and outdoor Megillah readings.

United Synagogues communities director Jo Grose said it was important “to allow members to hear the Megillah in a Covid-secure setting.”

The London Beth Din advises, “If you can hear a reading in shul or from somebody else while complying with government and [United Synagogues] Covid regulations – or if you can read it yourself from a kosher scroll – then you should do so.

“If owing to Covid restrictions, it is not possible, then you should listen to one of the live recitals we are broadcasting, rather than a recording.”

Glasgow Shul on the Auction Block

Despite enjoying protection from Historic Environment Scotland, a Glasgow shul is to be auctioned later this month with the promise of “an incredible opportunity with huge development potential.”

The inner city shul closed five years ago after most of its members moved to the suburbs. Any potential developer would be required to take into account the “special architectural or historic interest” of the building. 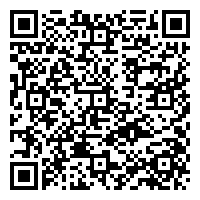