A “Segula for the Protection from Plague and all Troubles” was sold for $6,500 – more than double its start price – at a London-based digital auction on Monday. The item was written in 1602 in Basle by Rabbi Shlomo son of Rabbi Mordechai of Mezheritch.

Other items sold at this rare British Judaica auction include a collection of long letters between Rabbi Chaim Kanievsky and Rabbi Aryeh Schechter, which went for $11,000 – more than double its start price – and dollar distributed by the Lubavitcher Rebbe, which sold for $320.


Items of British interest included several relating to Sir Moses Montefiore and an 1801 sermon by Chief Rabbi Solomon Hirschell against sending children to a Jewish school set up by Christian missionaries.

A leading member of the British Jewish community – a Holocaust survivor and an Olympic medal winner – has received a Pride of Britain award.

Nonagenarian Sir Ben Hefgott was born in the Polish town of Piotrkow, which became the site of Poland’s first Nazi ghetto. He survived Buchenwald and Therensienstadt and arrived, at age 15, in the UK, where he developed a love of sports.

He went on to gain gold medals in weightlifting at three Maccabiah Games and captained the British Olympic weightlifting team, winning a bronze medal.

He also chaired the 45 Aid Society of survivors, represented them on the Board of Deputies, and was heavily involved in Holocaust education.

Stockport Council has finally approved plans for an eruv in the South Manchester community of Cheadle and Gatley after planning permission meetings were delayed for six months due to the coronavirus pandemic.

A similar proposal was turned down three years ago by nearby Trafford Council after nearly 1,000 complaints.

The current proposal also evoked some criticism. Stockport Councillor Wendy Meikle, for example, warned that the eruv would be “divisive, increase anti-Semitism and offend other religious groups.”

The latest plans, submitted on behalf of the modern Orthodox Yeshurun Hebrew Congregation, passed by a vote of 9-2.

Cheadle and Gatley Eruv Committee spokesman Neil Sugarman told The Jewish Press, “Everybody in the community is delighted. It’s a project that has taken quite a long time to come together. It was not easy, a lot of hard work for a dedicated team. We are very pleased at the outcome.

Sugarman said the eruv will in the immediate future not be of “as great a benefit as it would otherwise be” because of reduced numbers currently attending shul due to the ongoing pandemic.

He said, “We are looking ahead to a time when we are hoping and praying that it will be of maximum benefit.” 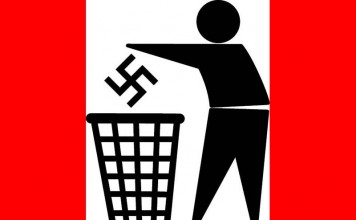