The chief rabbi of the UK and the top leadership of the State of Israel expressed their condolences Friday on the passing of Prince Philip, Duke of Edinburgh and husband to Queen Elizabeth, at age 99.

“It is with deep sorrow that Her Majesty The Queen has announced the death of her beloved husband, His Royal Highness The Prince Philip, Duke of Edinburgh,” the palace wrote in its announcement of the prince’s passing. “His Royal Highness passed away peacefully this morning at Windsor Castle.”


Prime Minister Benjamin Netanyahu tweeted his condolences on the passing of Prince Philip, writing, “I express my deepest condolences to Her Majesty Queen Elizabeth, Prince Charles, the Royal Family and the people of the United Kingdom on the passing of the Duke of Edinburgh. Prince Philip was the consummate public servant and will be much missed in Israel and across the world.”

“On behalf of the Jewish communities of the Commonwealth, I send our most profound condolences to Her Majesty The Queen and the Royal Family on the passing of His Royal Highness the Duke of Edinburgh,” Chief Rabbi Ephraim Mirvis said in a statement issued by the Office of the Chief Rabbi on Friday.

“Over seven decades he provided steadfast support to The Queen and gave exceptional service to our nation. We express our gratitude for all he has done for Britain and the Commonwealth.

“I enjoyed immensely my personal conversations with the Duke of Edinburgh, during which I was deeply moved by his extraordinary sense of duty. A remarkable Royal, working well into his 90s, he became a role model for staying active in one’s latter years and demonstrated an unwavering sense of responsibility to our country. His Duke of Edinburgh Awards scheme, founded in 1956, has transformed the lives of many thousands of young people.

“We remember the Duke’s interaction with, and affection for, the Jewish community in the UK and his connection with Israel, where his mother is buried and which he visited in 1994.

“We have lost a most distinguished man who was a selfless and loyal public figure. The Queen and all the Royal Family are very much in our thoughts and prayers at this difficult time,” the statement concluded.

On hearing of the death of HRH the Duke of Edinburgh, Chief Rabbi Ephraim Mirvis issued this statement. pic.twitter.com/Vcfgr1FvQt

Prince Philip’s mother, Princess Alice of Battenberg was posthumously named Righteous Among the Nations by Yad Vashem in Jerusalem for having saved a Jewish family in Nazi-occupied Athens during the Holocaust. She was buried in 1969 on the Mount of Olives.

Prince Philip made an unofficial visit to Israel in 1994 to attend a ceremony marking his mother’s courage.

During his own June 2018 visit to Israel, Britain’s Prince William paid his respects at the grave of his great-grandmother, Prince Philip’s mother Princess Alice, in the cemetery of the Russian Orthodox Church of St Mary Magdalene on the Mount of Olives, near the Garden of Gethsemane. 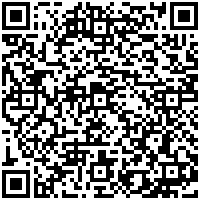