The Sunday Times has fired its columnist Kevin Myers for making reference to two highly paid female BBC presenters are Jewish. Writing in the Irish edition of the Times, Meyers said: “I note that two of the best-paid women presenters in the BBC — Claudia Winkleman and Vanessa Feltz, with whose, no doubt, sterling work I am tragically unacquainted — are Jewish.”

“Good for them,” he continued. “Jews are not generally noted for their insistence on selling their talent for the lowest possible price, which is the most useful measure there is of inveterate, lost-with-all-hands stupidity. I wonder, who are their agents? If they’re the same ones that negotiated the pay for the women on the lower scales, then maybe the latter have found their true value in the marketplace.”


Myers is already known as a particularly unpleasant journalist who has called the children of single parents “bastards” and claimed that “Africa is giving nothing to anyone — apart from AIDS,” according to the Campaign Against Anti-Semitism, a volunteer-led charity dedicated to exposing and countering anti-Semitism through education and zero-tolerance enforcement of the law.

CAA also noted that Myers has also devoted an entire column in the Belfast Telegraph to claiming that there was no Holocaust on the basis that not all of the Jews murdered by the Nazis were cremated, and attempting to nit-pick over whether six million Jews really were murdered, claiming that the Holocaust had become a “dogma.”

In that same column, Myers wrote: “There was no holocaust, (or Holocaust, as my computer software insists) and six million Jews were not murdered by the Third Reich. These two statements of mine are irrefutable truths, yet their utterance could get me thrown in the slammer in half the countries of the EU.”

The CAA complained to both the UK’s Independent Press Standards Organization and to The Sunday Times about the rich Jewish presenters piece, and got results. Martin Ivens, editor of the Sunday Times, wrote: “The comments in a column by Kevin Myers in today’s Irish edition of the Sunday Times were unacceptable and should not have been published. It has been taken down and we sincerely apologize both for the remarks and the error of judgement that led to publication.”

The Sunday Times has confirmed that Myers will not write for the paper again. 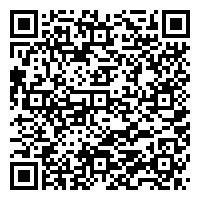