British Conservative Parliamentarian David Amess, 69, has died after being stabbed multiple times on Friday while meeting constituents at a church in the small seaside town of Leigh-on-Sea, about 40 miles east of London.

The lawmaker was given emergency medical treatment by emergency services, but died at the scene.


Amess had served nearly 40 years as a member of the House of Commons.

A 25-year-old British suspect was arrested at the site on suspicion of murder. A knife was recovered as well. The suspect’s identity has not been released.

The investigation is being led by the Met’s Counter Terrorism Command who are working closely with colleagues from the Eastern Region Specialist Operations Unit (ERSOU) and Essex Police, Met Police said in a statement.

“It is believed [the suspect’ acted alone, and we are not seeking anyone else in connection with the incident at this time. However, inquiries into the circumstances continue,” police said.

Israeli Knesset Speaker Mickey Levy said he was “deeply shocked” by the “dreadful murder” of the British lawmaker.

“Sir Amess was a great friend of Israel and a valued member of the UK-Israel Parliamentary Friendship group, who will surely be missed by all,” Levy said in a statement issued Saturday night.

“Our hearts go out to his family, friends and constituents.

“A murder of a democratically elected representative is a crime against all freedom-loving nations. We stand together with House of Commons Speaker Sir Lindsay Hoyle in defense of our shared values and send a clear message that hatred, radicalization and terrorism will not prevail,” Levy added.

“All our hearts are full of shock and sadness at the death of Sir David Amess MP. He was one of the kindest, nicest, most gentle people in politics,” British Prime Minister Boris Johnson said in a statement Friday.

“He had an outstanding record of passing laws to help the most vulnerable, whether the people who are suffering from endometriosis, passing laws to end cruelty to animals, or doing a huge amount to reduce the fuel poverty suffered by people up and down the country.”

All our hearts are full of shock and sadness at the death of Sir David Amess MP.

He was one of the kindest, nicest, most gentle people in politics. pic.twitter.com/SIx6SZ1P3w

“David was a man who believed passionately in this country and in its future,” Johnson said. “Our thoughts are very much with his wife, his children and his family.

In 2016, Labour lawmaker Jo Cox was killed by an extremist as she met with constituents. An Islamist terrorist attempted to kill another Labour lawmaker, Stephen Timms, in 2010, but although he was stabbed twice, Timms survived the attack. 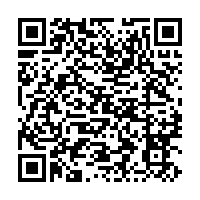