GENEVA, April 13, 2020 — Amnesty International, the group that was founded to free political prisoners, is being asked to terminate its relationship with a Gaza researcher after The New York Times reported that she prompted Hamas to arrest a Palestinian Authority peace activist for holding a Zoom call with Israeli peace activists.

Gaza Youth Committee leader Rami Aman, 38, who organized the peace dialogue, has not been heard from since he surrendered Thursday morning at Hamas Internal Security headquarters in Gaza City, a family member said late Friday afternoon.

According to the NYTimes, Hind Khoudary “posted angry denunciations on Facebook of Mr. Aman and others on the call, tagging three Hamas officials to ensure it got their attention.” Then Hamas arrested him for “betrayal of our people and their sacrifices.”

In the wake of the controversy this weekend, at about 1:00 am Gaza time on April 12th, Khoudary suddenly deleted the Facebook post where she had tagged the Hamas officials. However, the screenshot is preserved here.

“You should be ashamed of yourself,” Peter Bouckaert, a former senior official with Human Rights Watch, wrote to Khoudary.

“It is disgusting that a so-called ‘journalist’ got an activist for dialogue arrested by Hamas. Hind was in a journalist group I run on Facebook and I kicked her out immediately,” he added on Facebook.

Hours later, Aman was arrested, and in an official Hamas statement, Al-Bozom declared that the activist’s peace dialogue was a “crime” amounting to the “betrayal of our people and their sacrifices.”

A human rights group cannot collaborate with an accomplice to Hamas terror, someone who causes peace activists to be jailed and presumably tortured, all because they engaged in dialogue.

“Because of Khoudary, Rami Aman is now a prisoner of conscience, in serious danger, not least because of the COVID-19 novel coronavirus. Amnesty needs to explain why they hired Khoudary in the first place, and why before that they had cited her as a journalist,” UN Watch said in a statement.

“It’s clear from her prior social media posts that Khoudary has been a long-time supporter of Hamas and Hezbollah acts of terrorism. Amnesty must conduct an independent inquiry into who at the organization knew of Khoudary’s support for terrorist violence, and why they decided to work with and eventually hire her.” 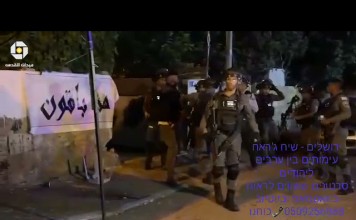 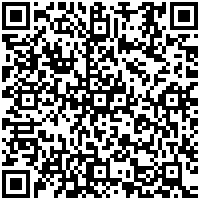