The nation that has called Israel’s soldiers “murderers” – Bolivia – has now invited the far-left B’Tselem NGO to address the United Nations Security Council, an invitation accepted immediately by executive director Hagai El-Ad, who is slated to address the world body this coming Thursday (Oct. 18) at its quarterly discussion on the Middle East.

Bolivia holds the rotating presidency of the UNSC this month.

Danon accused El-Ad of “collaborating with Israel’s enemies” and said he would continue to defend Israel and the truth.

“B’Tselem, which has already proven that it cooperates with Israel’s enemies, is now working with a country that has called IDF soldiers ‘murderers.’ This is a shame and a disgrace for the organization. It is also crossing a red line for foreign countries with anti-Israel agendas to finance and invite this organization to deliver ‘testimony’ against us.

“Therefore, in this discussion, we will expose not only the lies and incitement of the Palestinians, but also those of Hagai El-Ad and B’Tselem. We will continue to defend Israel and the truth,” Danon added.

“The occupation is not an internal Israeli issue,” El-Ad wrote in a tweet Saturday night in response.

B’Tselem addressed the Council in 2016, albeit in an informal session, during an “Arria-formula” meeting, to discuss the issue of the Jewish presence in Judea and Samaria. 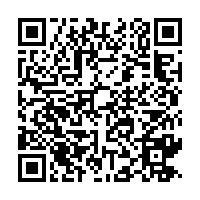