The United Nations High Commissioner for Human Rights (UNHRC) Michelle Bachelet on Wednesday published a blacklist of Israeli and foreign companies operating in Judea and Samaria and the Golan Heights, eliciting forceful condemnation by Israeli officials and Jewish organizations around the world.

In the report, the UNHRC listed 112 companies that are accused of doing business with Israeli companies based in “occupied territory,” including 94 businesses located in Israel, and another 18 in six other countries.


The backlisted businesses include banks, cellular companies and booking companies, including Airbnb and Israel’s Bezeq telecoms.

The UNHRC report, which was first commissioned in 2016, has been slammed by both Israel and the US as a “blacklist” that will encourage boycotts of the Jewish state.

Prime Minister Benjamin Netanyahu stated after the report’s publication that “whoever boycotts us will be boycotted. The UN Human Rights Council is a biased body that is devoid of influence.”

Israel has severed all ties with the UNHRC.

Netanyahu noted the anti-boycott laws enacted in some 28 US states that determine that strong action is to be taken against whoever tries to boycott Israel. “Therefore, this body is unimportant,” he said.

“Instead of the organization dealing with human rights, it only tries to disparage Israel. We strongly reject this contemptible effort,” he concluded.

He underscored that the announcement on the list was made “despite knowing that the majority of countries around the world declined to join this political pressure campaign.”

Bachelet’s “decision to continue to pursue an anti-Israel stance at the UN Human Rights Council is a stain on the office of the UN Commissioner and on human rights itself. With this announcement, the Commissioner has become a partner and tool of the boycott movement, despite the blacklist not having any tangible legal implication,” he charged.

He further disparaged the UNHRC as a body “comprised of countries that do not know the meaning of human rights. Since its establishment, the Council has not taken a single meaningful step towards the preservation of human rights, but has rather served to protect some of the most discriminatory regimes in the world.”

“The State of Israel will not tolerate this discriminatory anti-Israel policy, and will take action to prevent the implementation of these kinds of decisions,” he warned.

Anne Herzberg, Legal Advisor and UN Liaison at the NGO Monitor watchdog which tracks anti-Israel organizations, stated that “working at the behest of the notorious UN Human Rights Council, the UN Office for the High Commissioner for Human Rights has officially decided to endorse anti-Semitic BDS by issuing a defamatory list of companies it claims are supposedly involved in ‘settlement activity’.”

“These companies have done nothing wrong and many are involved in providing goods and services to Palestinians pursuant to the Oslo Accords,” she noted.

Shew further noted that the list was “made in conjunction with pro-BDS and PFLP (Popular Front for the Liberation of Palestine)-linked NGOs.”

She called on all countries “targeted by OHCHR, particularly Israel and the United States, should reassess their relationships with Commissioner Bachelet’s office, including canceling all cooperation and the millions of dollars and euros provided to her each year in funding.”

She advised the “maligned companies” to “begin assessing plans to take legal action against the UN officials who prepared the list and those who will propagate its false claims.”

Hillel Neuer of the UN Watch noted that as per the International Holocaust Remembrance Alliance Working Definition of Antisemitism, the report is clearly anti-Semitic under the clause of “applying double standards by requiring of the State of Israel a behavior not expected or demanded of any other democratic nation.”

The US has previously threatened to act if the UNHRC publishes the blacklist.

The UNHRC is infamously biased against Israel, with nearly half of its resolutions focused solely on the Jewish state, while completely ignoring war, strife and atrocities committed around the world.

Israeli leaders and officials have cited the UNHRC for its “obsessive hostility” toward Israel and its “one-sided mandate.”

Over the past decade, the UNHRC has passed dozens of resolutions condemning Israel. Meanwhile, the world’s worst human rights abusers in Syria, Iran, and North Korea received far fewer condemnations. 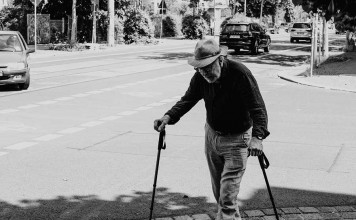 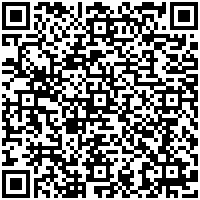