Last December Israel notified the UN culture watchdog that it would leave the organization because of a systemic anti-Israel bias, but last week Israel’s ambassador to UNESCO, Carmel Shama-HaCohen said Jerusalem could reconsider the decision depending on the outcomes of the World Heritage Committee session, currently meeting in Manama, Bahrain.

“We must not ignore the new spirit that is blowing from UNESCO,” Shama-Cohen said in a statement. “This is a dramatic change in which the most active international organization against Israel has become the quietest arena, even though this is the only organization in which the Palestinians are recognized as a state for all intents and purposes,” he said.

Reports last week that Israel would participate at the session in Bahrain evoked strong public scrutiny as the two countries do not have formal diplomatic relations, although the two sides are believed to have maintained secret contacts in recent years.

Israel and Bahrain both fear Iran’s growing influence in the region, and in May Bahraini Foreign Minister Khalida Khalifa accused Iran of attacking Israel through its proxy in Syria, adding that Israel has the right to self-defense.

In December an official delegation from the Gulf nation traveled to Israel to spread a message of peace and tolerance from the Bahraini people and King Hamad bin Isa al-Khalifa. 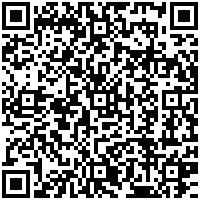