An Israeli company that was placed on the United Nations (UN) Black List targeting Israeli businesses operating in Judea and Samaria has filed a defamation lawsuit against the international organization.


In the report published February, the UNHRC listed 112 companies that are accused of doing business with Israeli companies based in “occupied territory” and harming Palestinian Asuthority Arabs’ human rights, including 94 businesses located in Israel, and another 18 in six other countries.

The backlisted businesses include banks, cellular companies and booking companies, including Airbnb and Israel’s Bezeq telecoms.

The purpose of the list is to bring about an international boycott of these companies, including businessman Rami Levy’s supermarket chain and cellular network.

Levy filed on Monday a defamation lawsuit against the UNHRC for NIS 280,000 (approx. $80,000) through Shurat HaDin, which specializes in the legal and economic war on terror and anti-Israel organizations.

The lawsuit states that business activity in Judea and Samaria does not violate the rights of Palestinian Authority Arabs, but on the contrary, it benefits them.

Rami Levy’s marketing networks employ both PA Arabs and Israeli workers while providing fully equal rights. The filed lawsuit notes that if anything, it can be said that the Israeli companies are improving the rights of the local Arab and their economic well-being immeasurably.

The working conditions and benefits that the plaintiffs provide to their PA Arab workers are 10 times higher than what workers receive in the Palestinian Authority (PA) or in workplaces in the territory it controls.

Moreover, according to the PA’s Central Bureau of Statistics, the average PA Arab worker in the PA currently earns an estimated salary of only NIS 2,200, compared to a PA Arab worker who earns up to three times as much as Rami Levy’s companies.

As for the UN’s immunity claim against lawsuits, the Shurat HaDin explained that, in general, no lawsuits can be filed against UN organizations, but that this lawsuit is exceptional.

Therefore, the UNHRC does not enjoy immunity because it is acting in violation of the UN Charter and is acting with discrimination.

Rami Levy stated that he “believes in true coexistence.”

Shurat HaDin head Nitzana Darshan-Leitner added that the UNHRC’s claim that companies should refrain from doing business in Judea and Samaria since these are occupied territories “is nothing more than a blood libel.”

“This blacklist reflects the true image of the UN Human Rights Council, which has once again been found to be racist, dark and biased. This council will not determine where the borders of the State of Israel will cross,” she stated.

The UNHRC report, which was first commissioned in 2016, has been slammed by both Israel and the US as a “blacklist” that will encourage boycotts of the Jewish state.

The US’ former Ambassador to the UN Nikki Haley said that the UN “hit a new low” with the publishing of “its anti-Semitic blacklist of companies it claims are involved in Israeli ‘settlement activity’.”

“The timing of this after the US released a peace plan is conniving and manipulative at best. Shameful,” she added. 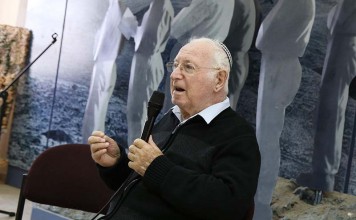 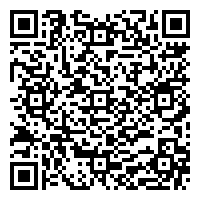