Russia has warned members of the United Nations General Assembly not to vote in favor of its suspension from the UN Human Rights Council.

The 193 members of the UNGA will meet Thursday to vote on a resolution by the United States to suspend Russia from the world body. The US Ambassador to the UN, Linda Thomas-Greenfield, called Russia’s membership in the UNHRC a “farce.”

The US, UK and EU are co-sponsoring the measure. Canada also joined the call by the US to suspend Russia for “heinous actions” in the Kiev suburb of Bucha, where hundreds of civilians were found massacred.

A mass grave with 280 barely-covered bodies was discovered this past weekend in a churchyard after Russian forces left the town, and another 20 bodies were strewn on the streets, many hands tied behind their backs, with gunshot wounds to the back of their heads.

Russia must be suspended from the UN Human Rights Council.

With ongoing reports of heinous acts of violence and war crimes at the hands of Russian forces, Russia’s utter disregard for human rights could not be any clearer. Russia has no place on the UNHRC.

In the nearby suburb of Borodyanka, ABC News correspondent James Longman said in a report the situation was “even worse.”

Borodyanka. Somehow it gets worse pic.twitter.com/talVJKn0Y8

Ukraine President Volodymyr Zelensky described the horrific discovery, and similar others, in a passionate speech to the UN Security Council on Tuesday, showing video documentation of the atrocities. Zelensky accused Russian forces of committing “the most terrible war crimes” since World War II.

‘Unfriendly Gesture’
Russia warned that a “yes” or abstention on a vote will be seen by Moscow as an “unfriendly gesture” will subsequent consequences for bilateral ties, Reuters reported Wednesday night.

A note sent to member states by Russia’s mission to the world body urged them to “speak out against the anti-Russian resolution,” according to the report.

“It is worth mentioning that not only support for such an initiative, but also an equidistant position in the vote (abstention or non-participation) will be considered as an unfriendly gesture,” read the note.

“In addition, the position of each country will be taken into account both in the development of bilateral relations and in the work on the issues important for it within the framework of the UN.”

US: ‘Further Evidence Russia Needs to be Suspended’
Thomas-Greenfield told CNN on Wednesday that she is confident they have the votes required to suspend Russia from the UNHRC.

A two-thirds majority approval by those who vote “yes” — 129 members — can result in the suspension of a country from the 47-member Human Rights Council based in Geneva for committing gross and systematic violations of human rights. Abstentions do not count.

The UNGA voted at its last meeting to condemn Russia’s invasion of Ukraine with a majority of 141 member states.

More Sanctions Announced
The European Union announced Tuesday that it would ban Russian ships from entering its ports. On Wednesday, thousands of containers were seen stuck in the Port of Rotterdam.

In addition, the United States announced Wednesday that it has imposed another tranche of sanctions against Russia.

“Russia’s military forces have committed heinous atrocities in Ukraine and the global community must hold them to account,” said Secretary of the Treasury Janet L. Yellen.

“Today we are taking additional steps to cut off Russia from international markets in response to Putin’s continued brutality. This serious action, including fully blocking Russia’s largest bank and banning new investment in Russia, will further restrict Putin’s ability to fund and supply his war.” 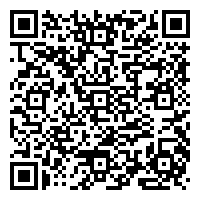