Prime Minister Benjamin Netanyahu revealed Tuesday during his address to the United Nations General Assembly (UNGA) that the Iranian terror proxy group in Lebanon, Hezbollah, has stored another cache of explosives and built a “secret missile factory.”


The new Hezbollah missile site is located in the Beirut neighborhood of Janah, embedded in civilian housing and near gas stations, at the coordinates of 35.486802 E / 33.854951 N., not far from Beirut International Airport.

“Just a few days ago, one of these depots exploded at Ain Qana in south Lebanon. And that is why the international community must insist that Hezbollah stop using Lebanon and Lebanese civilians as human shields,” he said.

The State of Israel, and the @IDF in particular, are monitoring these #Hezbollah sites using advanced means, and are very knowledgeable in regards to the PGM (Precision Guided Missiles) project.
They will continue to extensively operate against it with various methods and tools. pic.twitter.com/Yr1WMUlijM

Speaking about the security challenges that Iran has created in the region, Netanyahu had high praise for US President Donald Trump, who he said “advanced peace, not killed peace,” and will “make peace with the Palestinians more likely, because Palestinian leaders will realize they no longer have a veto over peace in the region.”

He added that it is clear to him that more Arab countries will join the “circle of peace,” soon.

Following the prime minister’s speech, Israel’s UN Ambassador Gilad Erdan told the international body, “Hezbollah’s continued development of its terror infrastructure within Lebanon will lead to a much greater disaster than what happened at the port of Beirut. Today, I call on the Security Council to hold an urgent discussion on the Prime Minister’s revelations, and declare all of Hezbollah a terrorist organization.” 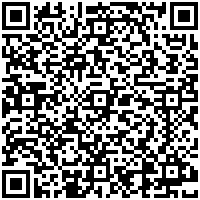